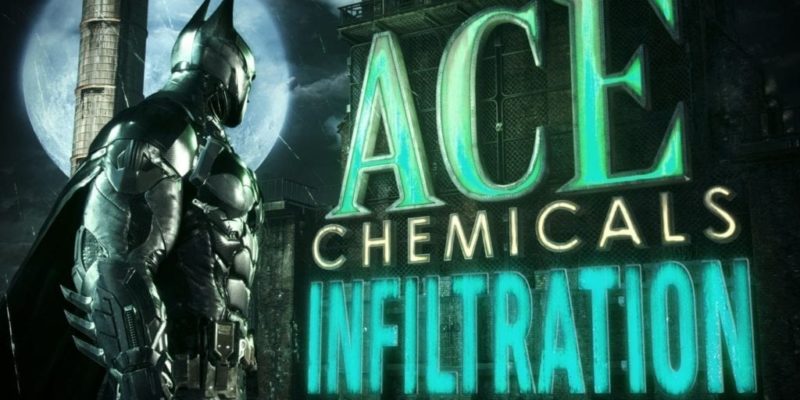 Every year, gamers chalk-up a few important dates on their calendars. These are not birthdays or anniversaries, no. These dates, however, hold a greater significance. These, these are what’s known as release dates.

The video game industry is a volatile steam engine with various working parts. When a video game shows off its initial test footage, gameplay, screenshots, leaked images, people start to take notice and attempt to draw conclusions on tidbits of information. Even at that, a game may never see the light of day due to its developer or publisher decides to pull the plug on a project. Markets crash, brands get re-skinned–stuff happens.

So, for the time being, we’ve decided to put together a list of upcoming games and their release dates. Also, we’ve taken it one step further to provide a little bit of detail as to why they are some of our most anticipated games of 2015.

On the top of the list is definitely one of the most highly anticipated trilogy enders in gaming. The Batman Arkham games proved once and for all that you can make excellent AAA Batman games, and with Batman Arkham Knight, Rocksteady Studios is ending things in a big way with a jump to 8th generation consoles.

Batman Arkham Knight’s big hook is an open world Gotham, fully explorable via Batmobile. As Rocksteady have repeatedly stated, the game has been made around the super-powered vehicle.It’s not just that Bruce able to navigate around a bigger world faster than ever before. The Batmobile’s unique abilities have given Rocksteady the chance to add unique challenges, players get more flexibility in terms of tackling each part of the city, and even Batman’s own suit is informed by the vehicle.

On top of this, Rocksteady took the opportunity to write one of those ultimate Batman scenarios. In a world without Joker, all of Batman’s enemies stand united to take him out once and for all, and the opportunity is ripe for a new enemy to join the scene: the Arkham Knight, an original Rocksteady creation.

Of course, on top of all of that, Rocksteady promises to use the full power of 8th generation consoles, and give us a Batman game that’s bigger and more beautiful than anything that came before. As the last Arkham game, Arkham Knight has a lot to live up to, and Rocksteady seems determined to meet those higher expectations.

Much like Rocksteady and the Arkham games, CD Projekt RED suddenly burst on to the scene and picked up a stellar reputation for the Witcher franchise.

With The Witcher 3: Wild Hunt, CD Projekt RED claims that they have improved every single aspect of the game. For starters, the storyline itself will be a self-contained, creating an ideal game for anyone who wants to immediately jump in on the franchise. In terms of the games marketing, makes sense considering it will also launch synonymously across all next-gen consoles. The franchise itself is based in the same world as the Witcher novels themselves. The books were previously written by Polish author Andrzej Sapkowski, further keeping development roots grounded in the same region.

Andrzej’s world is violent, beautiful, gritty, and broad in scope, covering the lifetime of Geralt of Rivia. Geralt is an old man now, and goes searching for Ciri, a young woman Geralt helped raise. She becomes the source now stalked by an otherworldly threat, a group known as the Wild Hunt.

If Batman: Arkham Knight’s Gotham is the largest in scale for the series, Wild Hunt would be considered the magnum opus for Witcher fans. In fact, Geralt will explore a world 30-times bigger than in Witcher 2, promising a dynamic living world, imbued with realistic time cycles, weather systems, multiple cultures and ecosystems. The sprawling regions even promise the fact that players will be able to free roam without loading times.

As the penultimate Witcher game, Wild Hunt is CD Projekt RED’s biggest game to date, and will be testament to the ability of the studio–one way or another.
—Ryan Parreno, News Writer

If you grew up playing Ragnarok Online like me, you may have been a little disappointed in the direction Gravity took with Ragnarok Online 2. The transition into 3D and the overly simplified gameplay mechanics were a major turn off for most of the veteran Ragnarok community. Many of the unique and widely praised features from the original game were completely reworked, simplified or removed completely.

Fortunately there is a glimmer of hope for the Ragnarok purists.

Tree of Savior, which is the spiritual successor of Ragnorak, is currently being developed by IMC Games. Furthermore, the game is currently in Beta with Kim Hakkyu, which many would deem as the “father of Ragnarok” being that he was the Lead Designer of Ragnarok Online from 1998 until 2001.

If that last sentence alone doesn’t get you hyped up for the future release, here is a list of just a few of the features expected in-game, including it being based in the free-to-play structure:

For more information on Tree of Savior be sure to check out the Wiki or the community site.
–Mike Phillips, Contributor

For most, the newest addition to the Battlefield branded franchise wasn’t received with open arms. The game takes the vicious tactical gameplay that was formerly tied areas in the Middle-East, and brings them a little closer to home, Miami to be exact. The dynamic then changes again when the weaponry and missions are geared towards police confrontations and criminals, providing a real-life game of Cops and Robbers.

However, the worst part about the game has to be its release time frame. With the most recent events in the United States, it’s still a surprise that the game is continuing with its development cycle. For the most part, the launch of the game could have easily been halted due to the content, or even delayed as an add-on game to the Battlefield 4 release.

After playing the Open Beta, I felt that the city environments, vehicles, and destructibility of surroundings stayed true to the franchise while delivering on the urban city front. Weaponry was highly familiar for anyone who has played the previous entries in the Battlefield series, but entices players with something new in terms of gameplay mechanics. There were a lot more smaller vehicle types, like motor cycles, and the use of grappling hooks amongst other gadgets, were welcomed within city walls.

It will be interesting to see the way in which heists shape themselves in order to differentiate the experience from other games like Payday 2 and GTA V.
—Gregory Bargas

Fans of D&D, rejoice! Obsidian is bringing their biggest D&D title since Baldur’s Gate II: Shadow of Amn. Pillars of Eternity was successfully funded on Kickstarter back in October 2012. The now fully crowd-funded game raised close to $4 million dollars. What makes this even more impressive is that the initial set goal was based on a pledged of $1.1 million.

The crowd funding of the game surpasses numerous stretch goals and this brought about a promised inclusion of a number of impressive features, including new zones within the game, super dungeons, new classes, and races. There are many features that have been discussed via the Obsidian YouTube channel, which has provided backers and fans with a little bit of insight into the games development.

For those unfamiliar, the lore-based-action game is advertised as an exploration oriented title with mature themes. The lore and dialogue that will have you making numerous choices that affect the fate of not only yourself, but may contribute to the demise of your party members. The land promises to be vast and contain numerous settings to enjoy as you delve deeper into the world, its story and gameplay.

Obsidian is essentially bringing a huge title sometime in 2015 and we can expect some quality gameplay, visuals and of course, story-telling. Every Kickstarter update to come since the funding of the game has shown a unique quality and heart being put into the game. Pillars of Eternity is shaping into the D&D experience that fans have come to expect and it will surely be a quality title to own upon release for people familiar and new to these types of games.
—Peter Manaridis, Staff Writer

Thank you for making our 2014 at Gaming Enthusiast, and our partner sites, an awesome one! We look forward to sharing 2015 with all of you! We are constantly looking for new writers and staff. Feel free to contact us here, or on our Facebook or Twitter pages.