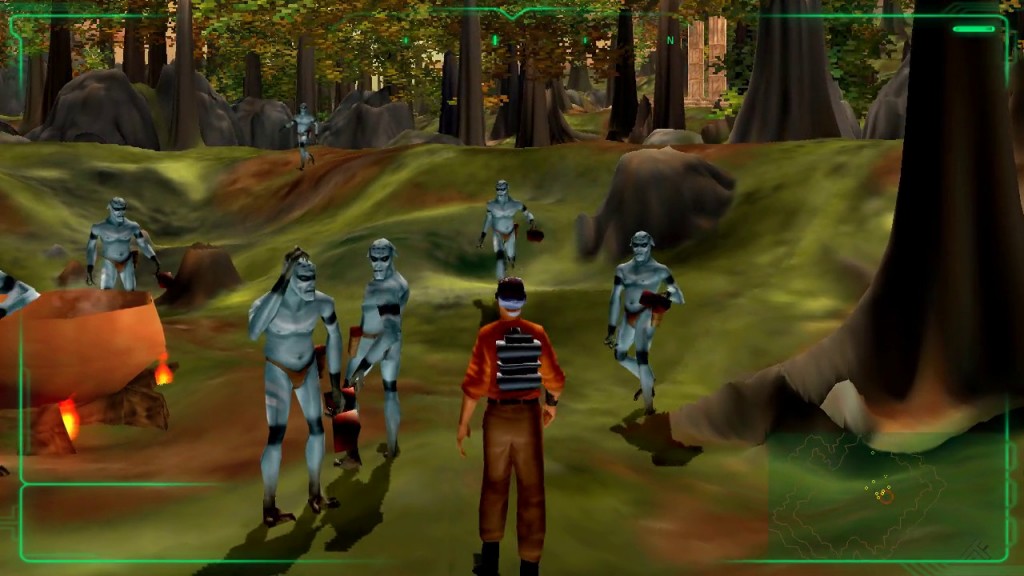 1999’s non-linear open-world action-adventure, Outcast, will be updated and re-released as Outcast 1.1 in the near future.

Outcast 1.1 is still the same game, but with a number of rather significant technical additions. It’s been recompiled to run on modern computers, it has a few graphical upgrades (bilinear filtering, etc.), the HUD and sky paintings have been redone for higher resolution screens, it has native support for the Xbox gamepad, it has bug fixes, it has better stability…

If this sounds familiar, that might be because this was initially on Kickstarter earlier this year. Funding fell short by rather a long way, though (only $268,964 of the required $600,000 was pledged) and then things went a bit quiet. The team behind the Kickstarter, Fresh3D – a group made up of Outcast‘s original developers – have apparently been beavering away on the title since then, and will be releasing it as Outcast 1.1 sometime soon.

I’m pretty certain this is far from everything that they wanted to do with the initial Kickstarter, as that mentioned basically remaking every object, texture, character, and bit of the environment from scratch for HD, but I can’t be certain.

Still, Outcast is one of those games that was considerably ahead of its time. If this is a reliable, polished, and stable update to the game which makes it run comfortably on a modern system in modern resolutions, it’ll certainly be worth a play.