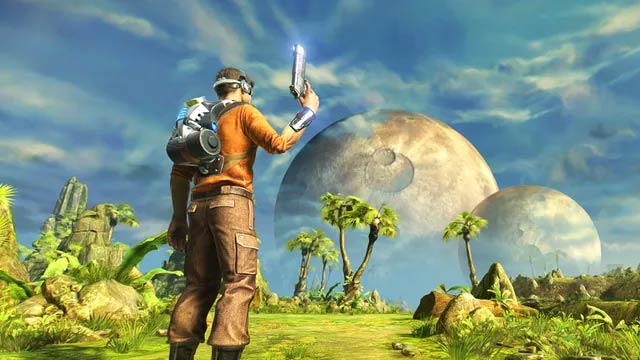 In 1999 we had only just started to fully enjoy the world of 3D video cards. The 3Dfx Voodoo 2 had been released in March 1998, and when Appeal released Outcast in August the next year, it was quite something. Utilising a voxel look, the game had real style. Outcast was very well received but we never saw a sequel, which was a shame. A few years ago Appeal resurfaced and launched a Kickstarter for a remake of the original Outcast. Strangely, it failed to raise the funds. That might have been the end of the remake if Big Ben Interactive had not stepped in as the publisher and Outcast – Second Contact was born.

This remake has just been released on Steam, bringing back Cutter Slade and the world of Adelpha. For those too young to remember the original, Earth is in peril after sending a probe to a parallel universe. The probe is destroyed by an alien being which, in turn, has caused a reaction on Earth that will destroy the planet. Unless, that is, the probe can be found and retrieved from the other side. Cutter Slade and a group of scientists are sent to the other world and complete the mission. 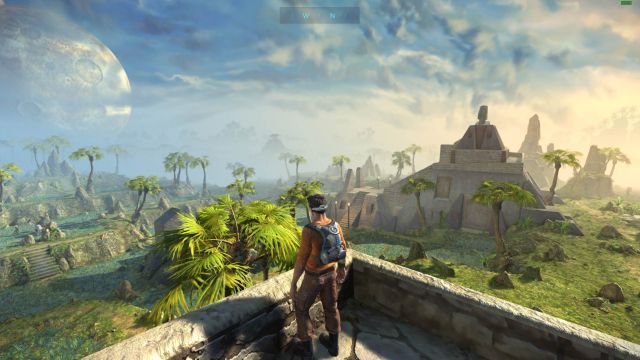 Since this is a remake, the story is exactly the same as the original. What has changed is the technology behind the game’s visual design. Voxels are out and Unity-powered 3D graphics are in. Sounds great right? A real classic brought back to life for potential new fans, and for those who want to replay the game for nostalgia reasons.

As far as the video options are concerned there’s enough here to satisfy most PC players. Outcast is not an action-packed first or third person shooter so having 100 FPS+ is not massively important. With everything cranked up to max on a GTX 980 the game performs well at a steady 60 FPS. That said, the visuals are mixed.

At times Outcast – Second Contact can look rough around the edges, especially on characters and some of the textures. At other times it can look quite stunning. It can feel as if there has been two sets of developers working on it; but it will actually be down to the way in which the team has used old elements from the original game and brought them directly into the new version with Unity. 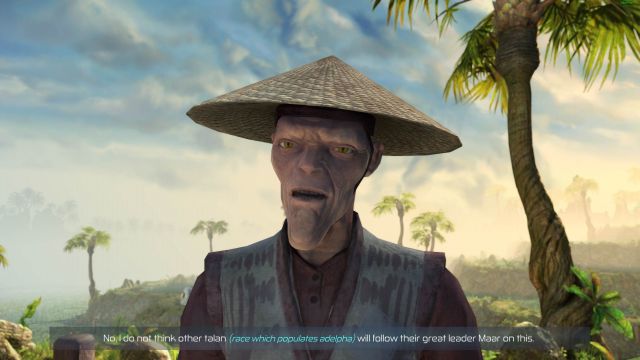 Using elements of the old game creates a problem. Gaming has moved on in 18 years, and players expect to see fluid movement and realistic animations. When a game is released today the quality is expected to be high and this is where Outcast – Second Contact stumbles. The movement feels very wrong. Slade floats around when you move in any direction. It’s almost as if the character is lagging behind the control input or he’s just not responsive. This makes the game feel uncomfortable to play after a while, and it becomes more annoying than enjoyable.

Movement and combat are the biggest problems in this new version of the game. Appeal really needed to improve the experience with fluid movement. The fact that Slade can still get blocked by small obstacles makes the gameplay feel dated, and trying to jump out of water is a real hit and miss affair. Considering you have to do that a lot in the first mission area of Shamazaar, it’s really annoying.

Combat is an uneven affair too. In the game settings there is an aim assist option (which can thankfully be turned off); but when you’re trying to hit targets on the move the weird movement makes it frustrating to aim. It’s just a bit shonky when trying to hit moving targets.

The audio suffers from similar problems. The original audio was used and plonked into the game. While that’s great for fans wanting an authentic 1997 experience, it’s a questionable decision. The swimming audio has to be heard to be believed. It sounds like a hand being swished around in a kitchen sink.

There is enjoyment to be had for fans of the original. It’s great to be back in the world of Adelpha, soaking up the atmosphere and characters for a second time. Playing the game again makes you realise just how inventive the game was in 1999, with its open world mission structure and weird gadgets. The story was pretty good too and the way you could interact with the characters in the world made it feel alive. A great example is when you are trying to find a certain NPC. If stop and ask other characters they will tell you when they last saw the person, or even point towards their location. 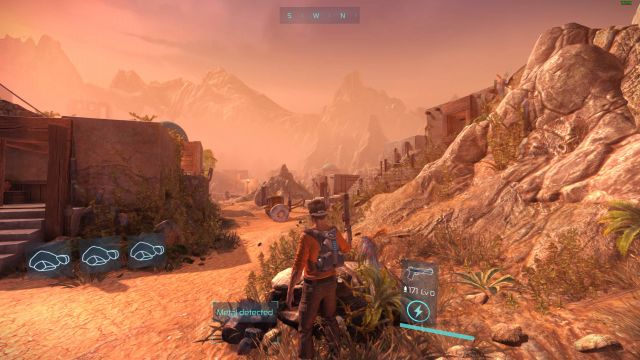 Outcast – Second Contact also shows us how modern games have been dumbed down. There are no waypoint markers, you have to actually figure stuff out and explore. You can also undertake missions in whatever order you want and arrive at the same outcome, depending on who you talked to. I’ll admit that after about ten minutes I started to enjoy that type of adventure gaming experience again. It was strange asking a Recreator (NPC that makes stuff) to craft some ammo only for him to tell me to come back later when it was made instead of just handing it to me there and then. How impatient we have become.

Once I arrived in the first proper zone, Shamazaar, after the training, I thought it might be fun to just roam around and take out any enemies on the map first before finding out what I was supposed to be doing. I had cleared about 60% of the targets before attempting most of the main missions. It had no impact on the outcome, everything still chained together nicely.

What Outcast – Second Contact does do well is remind us all how limiting technology was back in 1999. That’s unfortunately a bit of a double-edged sword however, because elements that could have been improved with some work have been left alone in Second Contact. That said, the environments of the game’s main zones still ooze that unique Outcast atmosphere and at times it looks amazing when compared to the original.

Appeal may have missed a real opportunity to capture a new audience. Fans will lap this up and take it for what it is, bugs and all. New players are probably going to look at this and wonder why the game feels so dated when they have heard such great things about the original. It’s incredibly hard to critique Outcast – Second Contact, because as a fan it is enjoyable if you want another run through the original story.

The original game impressed me so much in 1999. I loved it to bits. But I can’t help but feel a little disappointed with the outcome of Outcast – Second Contact. A complete rework of the original game would be worth the asking price ($30), but it’s just not been given the full makeover it truly deserves. That said, I would love for Appeal to be given the opportunity to create a sequel and revisit this fantastic world.

From most angles, Adelpha has never looked better. But certain assets, animations, and audio keep Outcast - Second Contact closer to 1999 than the 'remake' tag might suggest.