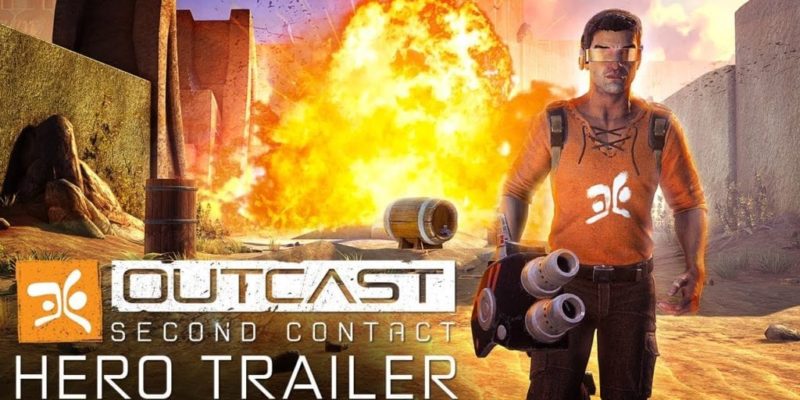 The remaking of the excellent Outcast which was released back in 1999, Outcast – Second Contact,  is still ongoing but there’s a new hero trailer introducing the hero Cutter Slade.

In case you are too young to remember the original, the game’s protagonist Cutter Slade is trapped on the alien world of Adelpha. Slade is an American Navy SEAL sent on a mission with other scientists to recover a probe that has opened a black hole which is now threatening Earth.

Slade then finds himself separated from the other scientists in a weird timeline anomaly. Cutter now has to traverse the world of Adelpha and work with the primitive native population to succeed in his mission.

Back in 2014 the development team launched a Kickstarter to help reboot the game, and for some reason, it failed to reach its funding goal. Thankfully Big Ben stepped in and offered the team a publishing deal.

When it was released in 1999 it was visually quite something with its voxel graphics and this new completely remade version is looking also looking cracking. While we have no idea how the new version will play, it’s going to be great playing it again for nostalgia reasons. It’s definitely one to watch out for when it releases on the 14 November and a Steam page is now live.