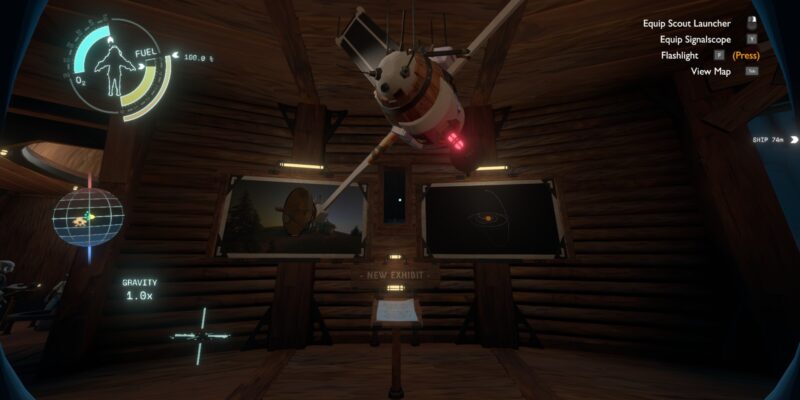 You’re finally ready to explore new lands in Outer Wilds‘ brand new expansion, Echoes of the Eye, which features a new location. But this is Outer Wilds we’re talking about, and it’s not exactly the most obvious thing in the world. Sure, you’re probably going to want to figure this out on your own without help — it’s not too hard or anything. But I’m going to break down exactly how to reach the expansion’s new location. Don’t worry, I’ll ease into it step by step based on the game’s breadcrumbs, so I won’t spoil the whole thing right off the bat.

The first step, which is the only thing the game deigns to tell you, is that there’s a new museum exhibit. Going and checking that out will lead you to see a model satellite, photos, and a model of a radio tower. This is meant to clue you in to the fact that there’s now a radio tower on Timber’s Hearth. I guess it was there all along? (Narrator: “it wasn’t.”) Get in your ship and take a look around the planetoid and you’ll find it soon enough. Once you land and go inside the tower, you’ll find a recording mentioning that the tower receives images from a satellite.

The recording also mentions that one of the photos has something different than the others. That’s our big hint to find the new location. Once you look at the photos, it’s fairly obvious to see what’s different. One of them has a circular shadow in front of the sun, but all of the planetoids are accounted for in the picture. Obviously, you’re going to want to head up to the satellite and take a look. As is typical for Outer Wilds, you’ll want to bust out your signal to try and suss things out. 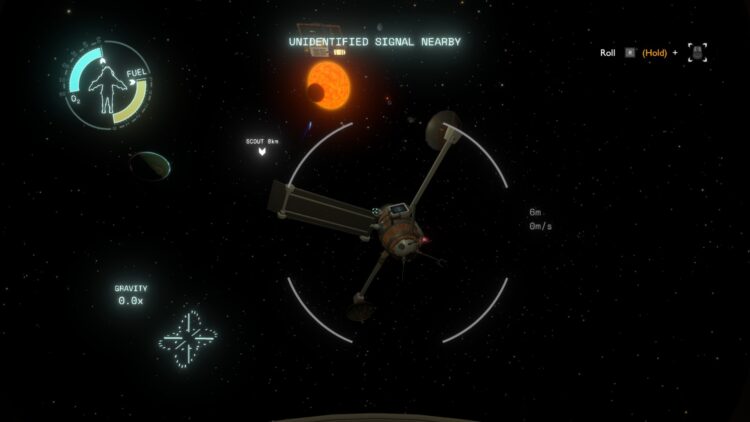 Look at me rockin’ out, I’m on the radio!

You’ll notice right away that the radio tower gives off a radio signal. Who woulda thunk it? Start looking at the sky and you’ll realize that the satellite also gives off a signal. Get in your ship and select the object that appears once you pin down this other signal. Head there, stop behind it, and then look at the sun. It’ll take a couple of minutes, but you’ll eventually see a black circle just like in the photo appear in front of the sun. Once you see this, kick on your thrusters to reach out and touch space.

Once you reach the black circle, you’ll find yourself sucked into a strange space. Look around and you’ll see a big metal wall with an opening. Land inside of it and get out. There’s a doorway opposite the direction from which you entered. The path forward is blocked, however. Look at the strange object in the center and turn on your flashlight. This will activate the device, causing horizontal bars on the wall to start rotating. You want to create overlap where the three horizontal don’t block the door. Once you do, it’ll open up and you can step out into The Stranger.

Upon dying, you might think you have to do all this again, but no worries on that front. You can now place a marker on your HUD for every place you’ve been to, including The Stranger. The space moves throughout the solar system like any other location, only it’s not visible. Just mark it on your HUD and fly into it to start exploring all over again. 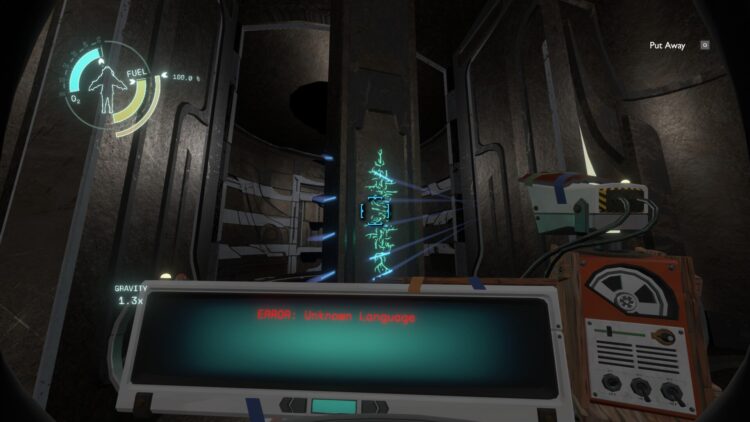 Outer Wilds – Echoes of the Eye — Is it worth it?