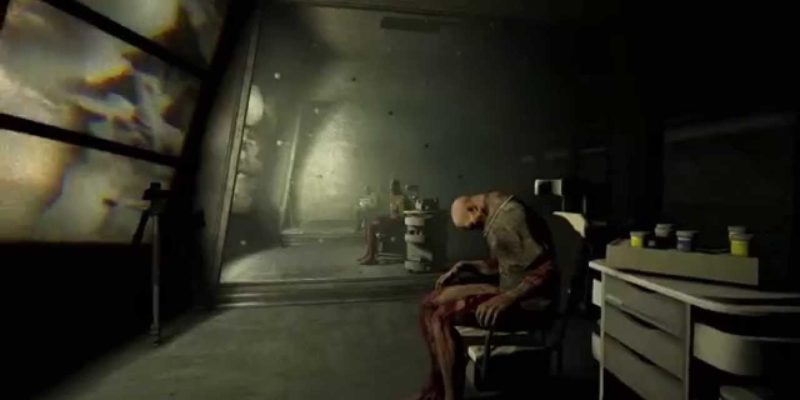 Take on the role of a murderous gym teacher know only as …. Whistleblower. Okay, I made that up.

Let’s all hope our very own Tim McDonald has plans to play through this forthcoming Outlast DLC, just as he did (some of) the main game. It’s only fair. After all, I just suffered through Daylight. That game was horrific for more mundane, design-based reasons, but I think my point still stands.

Anyway! This here Whistleblower DLC was announced back in February, with the intent to release in April. That obviously didn’t quite happen, but the release isn’t especially far away. According to Outlast developers Red Barrels, it’s now due on 6 May. See? Not long at all to wait for a lovely new trip back to the wonderful, wacky world of asylum living. Hooray.

The cost is $9.00 USD, so you’d hope for that price that it’s a fairly substantial extra tale. In it, you’ll be playing as Waylon Park, the fellow who emailed a bunch of people (including Outlast’s protagonist) with word that the asylum wasn’t exactly up to current health and safety standards. In other words, everything that happened to you if you played Outlast was Waylon Park’s fault.

Sayeth the synopsis: “Spending a couple of weeks at Mount Massive, during which he was unable to even talk to his wife and son thanks to strict security protocols, Waylon developed a deep-seated distrust of the profit-motivated scientists and doctors leading dangerous and irresponsible experiments on their patients. Identifying with those poor souls fueled Waylon’s anger, and set the stage for his unmasking of Mount Massive’s rotten core.”

Well fair enough, those are pretty good reasons for trying to expose the place.

Apparently, this DLC will also carry on the tale beyond the events of Outlast (as well as showing what led up to that game.) Here’s a jolly trailer filled with positive imagery and happy vibes.