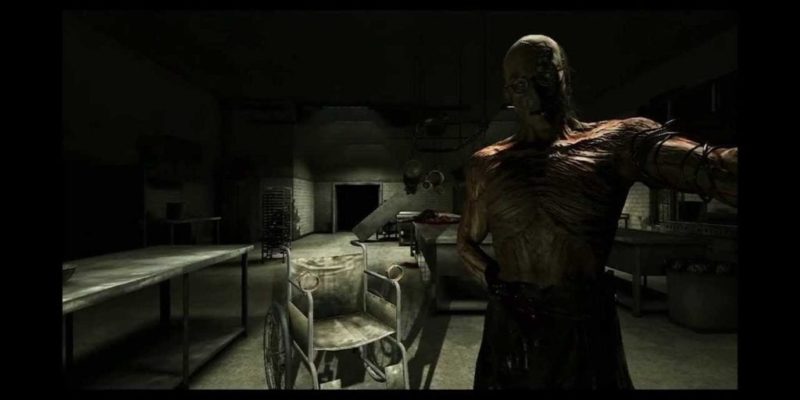 Outlast casts you as a ridiculously stupid journalist who decides to investigate mysterious goings-on at a dilapidated asylum in the middle of nowhere. At night. With nothing to defend himself. Obviously, it doesn’t take long before he’s fleeing through its twisting corridors and halls from a variety of insane, mutilated patients, most of whom are bent on turning his face into a pretty red stain on the floor.

Outlast has no combat; to survive, you have to rely on a mix of speed and stealth, sprinting through corridors and dashing into hiding places… and then praying that the gigantic bastard with hands the size of anvils doesn’t find you under the bed. Calling it “a bit tense” is an understatement about as big as “my house is smaller than the sun.”

Very tense, in fact. I’ve been playing it, and have uploaded about 25 minutes of the game over on this page, so you can see how creepy it is for yourself. If you don’t have time, then hey, the 50 second launch trailer is below.

Outlast is out now, and will cost you £14.99 on Steam. It comes highly recommended to people suffering constipation, because it wants to make you shit yourself.