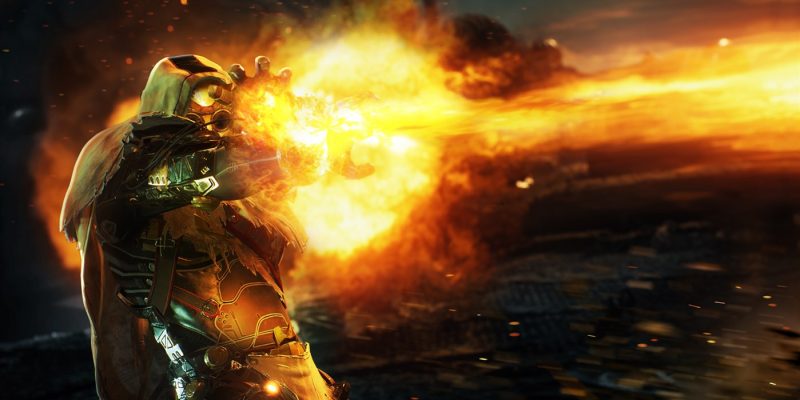 Xbox Game Pass is a great offer for folks looking to try new games. It’s constantly updated with new titles, and the low price makes it affordable for just about anyone. And, thanks to Microsoft’s acquisition spree, now a ton of titles from Bethesda, ID Software, Arkane Studios, and Machine Games will be available on the service. Today, Game Pass became even more attractive with the reveal that Outriders would be coming to the service on day one. Sadly, that only applies to game pass for consoles, leaving PC users to fend with online storefronts.

If you’re not aware, Outriders is the latest title from People Can Fly, the studio behind Bulletstorm. Square Enix is publishing the game. Notably, Inon Zur, the composer behind music from The Elder Scrolls, Fallout, and Dragon Age games, is handling the Outriders‘s soundtrack.

A recent demo for Outriders solidified interest in it. The demo, which gave players the chance to go through the game’s intro and opening, hooked in many. It also helps that any progress players made in the demo will carry over to the full game. If you’re curious about what it’s like, imagine a blend of Gears of War and Destiny.

Why leave out PC users?

To be fair, it’s not all that surprising that Outriders would be excluded from Game Pass for PC. If I had to hazard a guess, the decision to keep it off of the service was made by Square Enix. Simply put, it all comes down to profits. Making Outriders available on Game Pass for PC would take sales away from any potential sales the game could have on Steam or the Epic Games Store.

Square Enix, trying to make as much as it can off of sales, simply didn’t want to fight its own game. By keeping Outriders off of Game Pass, players will be forced to pay more for it via digital storefronts.

Chasing Static, a PS1-style ghost hunting game, has a limited-time demo out on Steam today