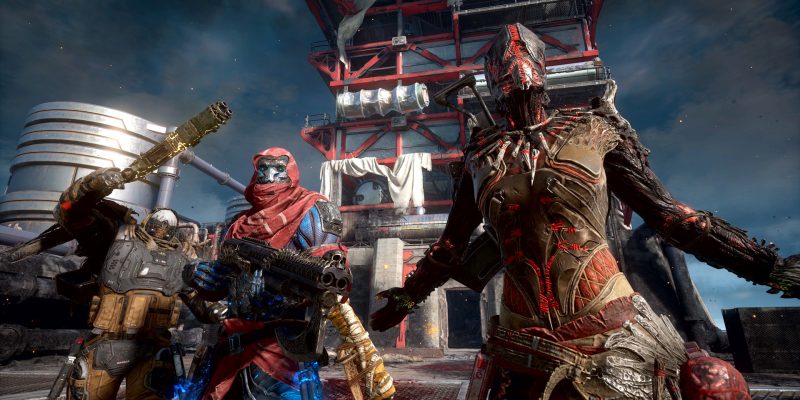 It’s now been nearly a week since Outriders players first discovered the inventory wipe glitch. Unfortunately, developer People Can Fly still has not successfully resolved the issue, but the team is working hard to figure it out. In a Reddit post yesterday, publisher Square Enix urged players to continue reporting the glitch with as many details as possible. In the meantime, there are ways to (hopefully) prevent the glitch.

For those fortunate enough to have missed the Outriders glitch, the issue wipes inventories clean after a game crash. The glitch most often occurs in multiplayer mode. People Can Fly have diligently worked to find a patch and have even restored some players’ inventories already. An update released last week did address the inventory wipe glitch, but that only seemed to make it worse.

According to Square Enix’s latest message, the team made some changes to the server yesterday to “drastically reduce” the glitch. However, players continued to experience the issue. Square Enix is continuing to work with data provided by players to find and resolve patterns in the glitch. “The moment we make a breakthrough we will immediately update you all,” the Reddit post stated. For now, players may be able to bypass the glitch by force closing and rebooting Outriders as soon as they notice the inventory wipe. Square Enix noted that many reports come from multiplayer sessions in the Expeditions Outrider camp, so it may be best to avoid this area for now.

A rocky start for Outriders

The Outriders launch earlier this month drew in more than 100,000 players, but the first few weeks have been rocky. Server issues have caused game crashes and login errors. Cross-play, one of the game’s highly-anticipated features, was temporarily unavailable. Thankfully, the developers have worked hard to squash bugs and glitches almost as soon as they appear. It shouldn’t be long before the Outriders inventory wipe glitch is resolved too.