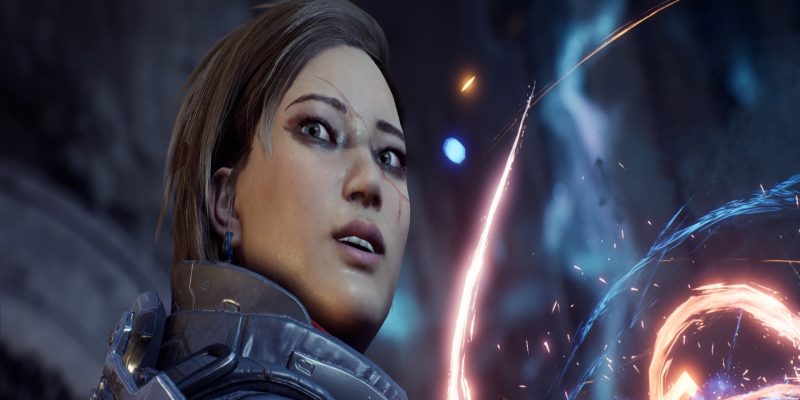 This was previously mentioned in our World Tier/progression guide, but adding more details would help.

Story Point: First City – Reach the other side of the river.

Once you’ve got this story point unlocked, you’ve practically obtained the best early-game location to farm and boost World Tier EXP in Outriders. This is due to all the Perforo mobs you’ll fight.

Since World Tier EXP increases as you kill enemies (and you lose a chunk of World Tier EXP if you die), all you need to do is eliminate these swarms with your trusty shotgun or automatic weapon. As you continue increasing your World Tier, you’ll also notice how you’d keep getting epics. Anyway, this location has three chests:

The first one is off to the corner on the right-hand side just after you spawn. The second chest is after the cluster of Perforo mobs. It’s inside a fenced area. The third and final chest can be obtained after you kill the Alpha Perforo and the remaining mobs. A walled-off section will collapse and you can grab the chest from there. There are also three iron nodes here (in case you want to farm the resources). Two are at the end near the bridge itself. The third iron node is at the back (turn left once you spot the first Venomous Perforo). Sadly, this does cause a bit of a distraction which can ruin your farming runs.