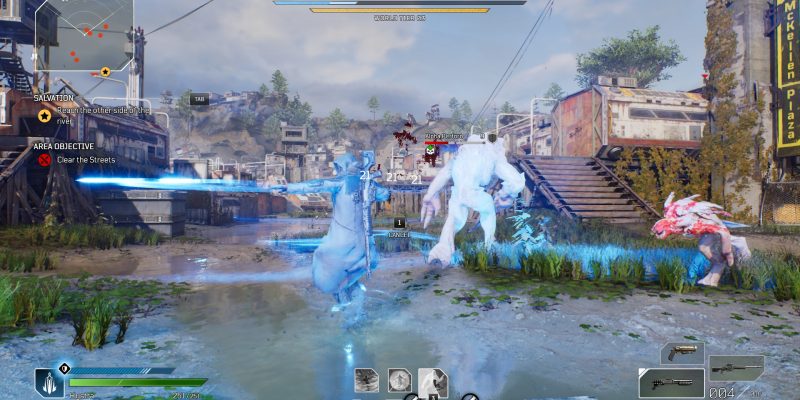 In Outriders, you’ll have to decide if you want to sell or disassemble the numerous gear pieces you acquire. One is obviously much easier to accomplish than the other. They both net you different things, so it’s a good idea to plan out a course of action based on your current needs. This guide is going to break down how to do both, plus why you’d want to, and what you’ll get for doing so.

You can disassemble equipment in Outriders at any point in the game. Simply right click an item in your inventory to add it to the disassembly list and then hold the delete key and voila. What you receive from doing so varies based on the rarity of the gear in question. Gray items will give you iron (and they aren’t the only item that does so), while you can expect to also get shards from green ones. Blue items give leather, and purple items will grant you small amounts of titanium. Selling is much less complicated.

Obviously, all you need to do is approach a dollar sign icon on the minimap and ask to see a vendor’s wares. From there, you can switch to the sell menu, which works exactly like disassembling. The difference is, selling things will net you scrap, which is the currency in Outriders. It’s easy to pile up your resources, but there’s a large hurdle waiting immediately after. Namely, purchases and upgrades are insanely expensive. 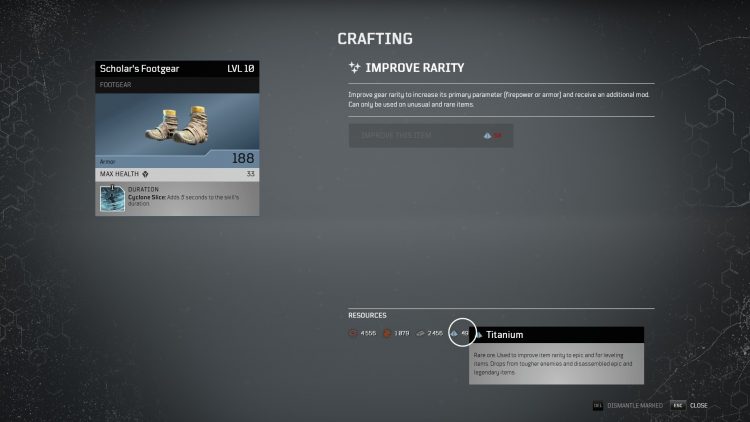 To be clear, you can sell a couple dozen of equipment pieces in Outriders only to still not get enough scrap back to purchase a single item. Similarly, you’ll need titanium to improve the rarity or level of an equipment piece, but it requires a large amount of that resource. This effectively means that, if you want to ever be able to afford anything when you need it, you’re going to have to make choices between selling your high-value items or disassembling them. And when you’ve got an inventory full of gear, that choice can be a bit of a pain.

On one hand, buying a new piece of equipment that’s the same level as your world tier is much cheaper and less of a pain than trying to drag an older piece along with you. Plus, scrap is undoubtedly easier to come by than titanium. If you need a new primary weapon because the one you’re using is multiple levels behind you, then it’s definitely a better idea to buy than upgrade. And higher rarity pieces sell for more scrap. But, before you sell anything blue or above, take a look at what mods are on it.

Every time you disassemble a blue or higher gear piece in Outriders, the mods it has on it will get added to your mod list. If you have a gear piece that you don’t need and you aren’t going to bother with using titanium for upgrades, then you might just want to sell the piece outright. But check and see what mod’s on it before you do that. That way, your build won’t suffer due to missing a highly useful mod that you could be using otherwise. 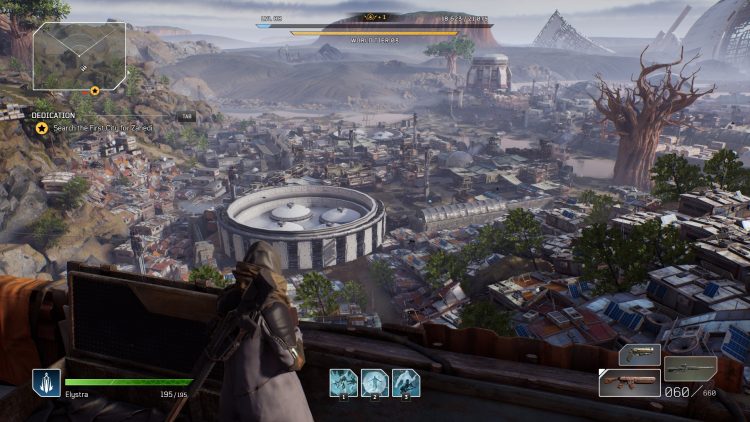