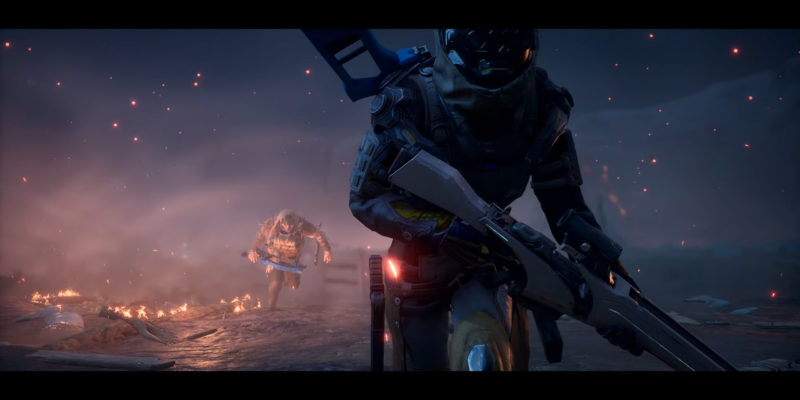 The Technomancer is the fourth and final class coming to the RPG-shooter, Outriders. You can pair the class’s range of abilities with different weapons and builds to create numerous different playstyles. Versatility is the key word for the Outriders Technomancer.

In a brutal game that will challenge your every move, the Technomancer has an arsenal that will hit back at your enemies just as hard. People Can Fly and Square Enix External Studios showed off the class and its abilities in the latest broadcast. You can check out the Technomancer teaming up with a Devastator and Pyromancer in the abbreviated version of the broadcast below.

In the Outriders Technomancer class reveal video, you get to see three of the Technomancer’s powers in action. There’s the sticky-proximity mine, a conjured RPG, and the turret that fires a widespread rocket barrage at your enemies. These powers begin to give you an idea of the unique flair the Technomancer brings to Outriders.

Bartek Kmita, Creative Director at People Can Fly, further emphasizes the flexibility of the new class. ”The Technomancer is an exciting and flexible class that can be built as anything from crowd control focused support, to a high-powered artillery heavy damage dealer. They’re a great addition to any team of Outriders.”

The third Outriders Broadcast also shows off some of the new powers of the Devastator class. If you’d like to see more of these abilities in action, as well as unearth more details about this hard-hitting class, you can check out the class spotlight in the video below.

If you’re playing catch-up with Outriders, you can check out the earlier broadcasts, which cover the brutal gameplay and the story of the game. Outriders is scheduled for release in the 2020 holiday season. So, while you’re building your fireteam in your head, you can add the aggressive RPG-shooter to your Steam wishlist.