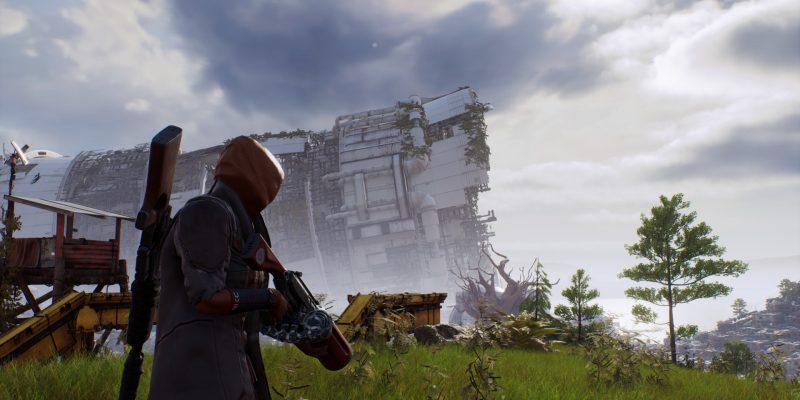 Outriders uses the concept of World Tiers (WT) or “World Levels” (assuming you’re used to the mechanic from other games). It’s a way for players to gauge the difficulty. Picking tougher options yields better loot and rewards for farming runs. Meanwhile, lowering it allows for speedier completions. Still, there are a few tidbits that you should know about as you progress further in the campaign. Here’s our Outriders guide to help you with the World Tier system.

Note: Stay tuned for our Outriders guides and features hub, coming soon. You may also take a look at our Expeditions endgame guide.

Outriders has 15 World Tiers in total ranging from a fairly casual romp to a brutal affair that’s going to punish you. To be clear, there are two ways for you to change the World Tier in the game:

As for what World Tiers entail, more difficult options increase the level of enemies, the level of item drops, as well as the drop rates and rarities of items. There are also some notable rewards: 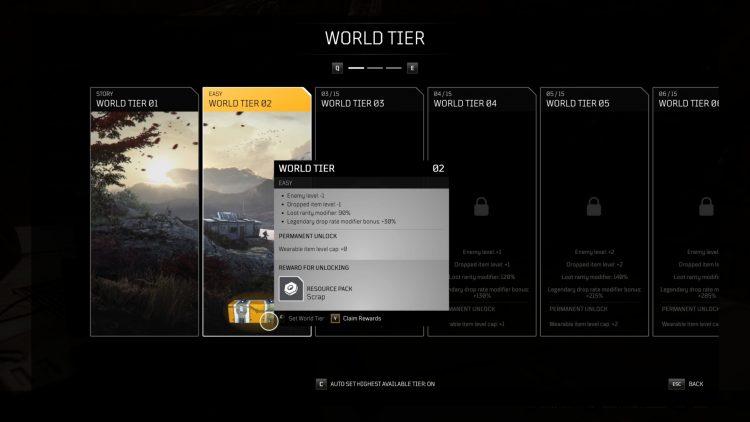 How to increase your World Tier?

Increasing your World Tier in Outriders is fairly simple: just kill more enemies. That’s it, really. However, do try to avoid unnecessary deaths. Each time you die, you’ll lose a portion of that EXP.

Once you’ve unlocked a particular World Tier, it’s available for good and dying won’t set you back down by a level. For instance, let’s say you reached World Tier 10 (Inferno) and the progress bar is half-full already. Sadly, you incurred a lot of deaths past this point. Well, you’ll still be at World Tier 10, at the bare minimum of the progress bar, rather than going back down to World Tier 9.

Note: If you wish to continue gaining World Tier progress, then you must select the highest difficulty available.

Should you actually increase your World Tier in Outriders?

That really depends on you. Heck, if you want, you could run through the entire campaign at a lower difficulty just to be done with it. Knowing all the network issues Outriders has had over the last couple of days, you might be better off breezing through the story as opposed to feeling frustrations due to the difficulty (and the eventual disconnections).

My suggestion, though, would be to stick with World Tier 5. The enemies aren’t too vicious and you’d still see some +2 item drops. These ensure that you can get some upgrades every now and then without experiencing too much of a hassle.

What if I lower my World Tier before a boss fight/before finishing a quest?

Lowering your World Tier prior to facing a boss will make that fight easier. Unfortunately, if you try to increase it just before killing the boss (or before completing a quest), you’ll still end up with low-tier rewards.

I’ve tested this a few times while taking out Gauss, the Molten Acari, and the Chrysaloid. I could eliminate them at the highest available World Tier at the time. Then, I’d reset to pick a lower World Tier (increasing it before a kill). Turns out, all I got to show for it was mediocre loot. However, I was still able to get some extra resources/materials as drops. 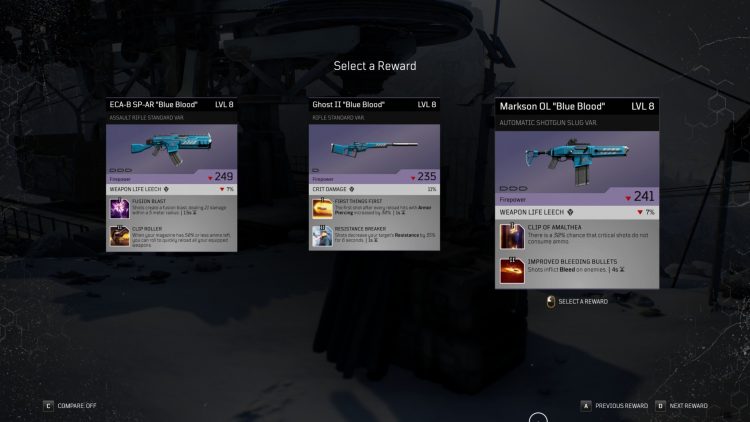 What’s the most efficient way of leveling, farming loot, and managing World Tiers in Outriders?

On the off-chance that you don’t plan on breezing through the game on easy mode, you can follow these steps:

You could try farming at World Level 6 first, followed by the succeeding thresholds. This will help you advance towards harder difficulty modes, all while obtaining lots of gear. Once you’ve unlocked the higher world tiers, you can hit character level 30, then open your rewards for some decent epics and legendaries.

Anyway, to see how it’s like in practice, you can watch the video below from YouTuber MillGaming: