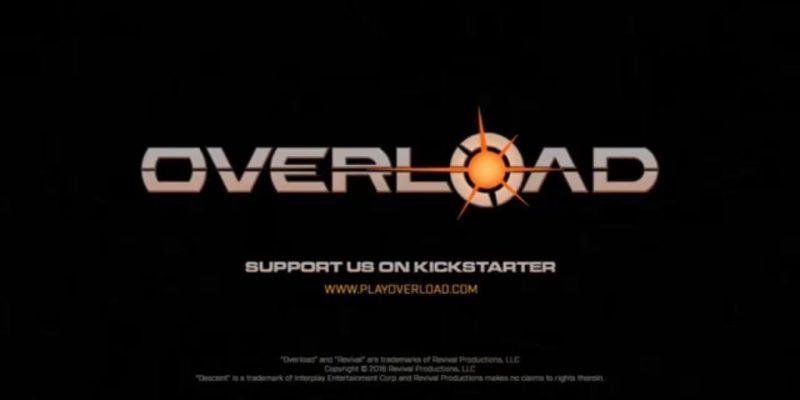 The Overload Kickstarter is currently in its final 20-some hours, and after looking unlikely for a long time now has a slim chance of making its $300,000 goal. When the team released their playable demo the other day, the project still needed something close to $140,000 in pledges. That goal is now down to $69,000.

Revival Productions, the studio (comprised of some former Descent devs) behind this six-degrees-of-freedom-shooter, are livestreaming the Kickstarter’s concluding hours in last push to raise the required cash.

They’ve also made a commitment to Virtual Reality support, and released a playable VR build (64bit only) for those with capable hardware (and, perhaps, strong stomachs) to try. You can grab that from the previous link, and Revival add that “The usual caveats of this being a Pre-Alpha build apply.”

“Cockpit-based games naturally work great for VR, and once we put the cockpit in Overload, it became obvious why,” Revival write in their latest update. “It will be a lot of work to rework the UI and get all the details right, but the game is already so good in VR that we’d be crazy not to do it.”

XCOM 2 patched, Firaxis dub it a “major” one

Ashes of the Singularity releases 31 March