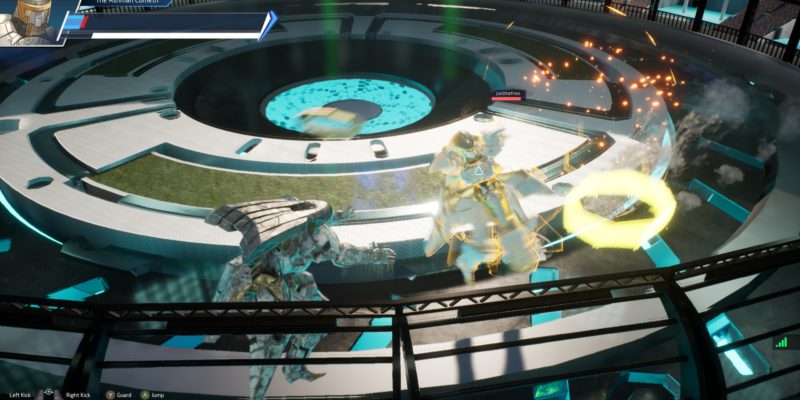 It’s been a couple of years since the first game made its grand debut, and Override 2: Super Mech League is hot on its heels to bring more giant robot action to series fans. I was able to take part in a special closed beta to get an early glimpse at what the game has in store. I mostly got my teeth kicked in, but, hey, I probably should have played the tutorial before jumping into a match.

Upon starting Override 2: Super Mech League up, I was given the choice between quickplay, a tutorial, and training. I opted to jump straight into training for about a minute and then stupidly decided I’d had enough practice. Let’s be honest though, sometimes it’s funny to play fighting games when you have absolutely no idea what you’re doing. My first match went exactly as you’d expect. At the time, I had no idea how to do a special move and my opponent ended up melting me. Funnily enough, we both picked the same character. Only, they apparently picked them because they knew how to use them, while I picked them because I liked the design.

I lost. Badly. In case that wasn’t already super clear. Hilariously, at one point in the fight, I stopped trying to fight my opponent and started mashing buttons to try and figure out how to do the special moves. My opponent stood and watched me while I did this. On occasion, I accidentally hit them, which they didn’t take offense to. It was a pretty silly couple of minutes. Then the fight resumed and they beat me to death. Good times. 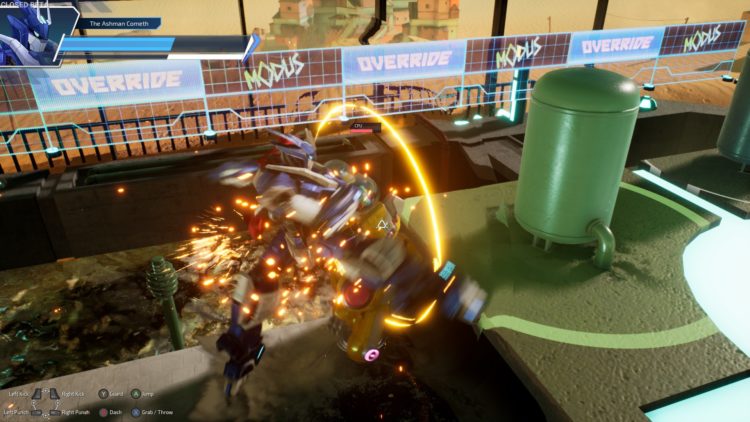 Oh, so THAT’S what it is

Did I mention that I’m not only a glutton for punishment but a stupid one as well? Because, even though it was obvious that I should really do that tutorial, I instead queued for another fight. I know. I know. But this time was different. My opponent had about as much of a grasp of Override 2: Super Mech League’s mechanics as I did. It was a close match that saw the two of us fumbling with the controls and taking advantage of openings. They had a tell, though, and always attempted to grab me after blocking. It resulted in me getting a ton of free hits in. That being said, they knew how to do the special moves. Long story short, I won this time, despite my attempts at self-sabotage.

I decided that it was then the perfect time for Override 2: Super Mech League’s tutorial. Turns out that special attacks are used by hitting shoulder buttons in combination with each other. Using shoulder buttons for a fighting game like this felt awkward to me though, and hitting two to use a special didn’t gel with me during my time with the beta. It also didn’t help that online matches had severe framerate problems. My third fight wasn’t quite as laughable as my first one, but I got ruined regardless. I did pull off some special attacks, though.

Override 2: Super Mech League also features a four-player mode, but I didn’t get to try that out as my internet dropped for literally half of the allotted server window (thanks, Comcast). Still, I had a pretty memorable time. I’m also curious to check out the full game when it launches. And I’ll be able to see if I can make less of an ass out of myself. I doubt it. The game launches next month, so we don’t have long to wait. Goody. 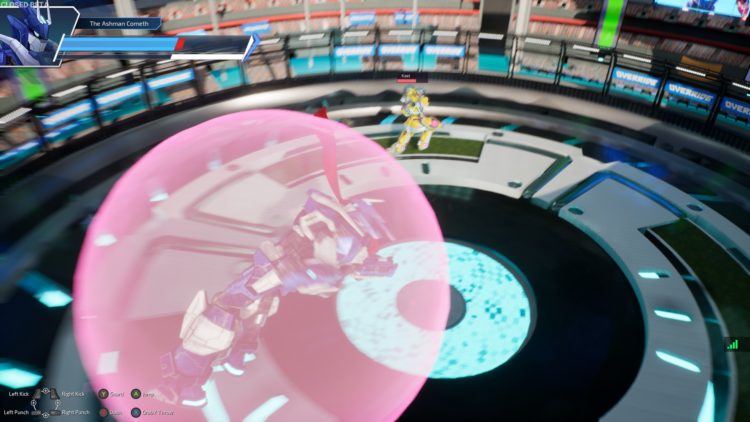