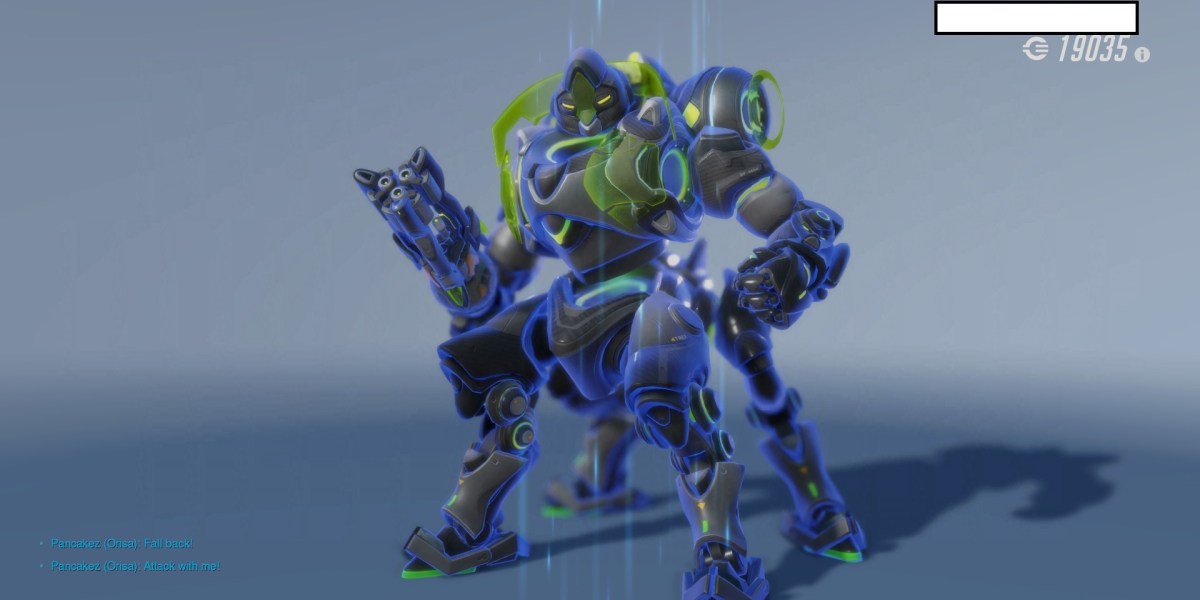 One of Numbani’s most reliable guardians, Orisa, received a huge rework in Overwatch 2 that transformed her from an iron wall into an iron horse. The once turtle-y Orisa is now an incredibly powerful battle centaur, with a completely overhauled kit that gives her new aggression and offense she’s never seen before. She’s not any weaker for it, either — this horse is still made of hard steel, making her incredibly tough to burst down. This rework is available to try out in the Overwatch 2 beta right now, and old Orisa players won’t recognize this hero anymore. Her barrier and shielding are completely gone, and if you can’t learn to play aggressively with her, then you’ll have to find a new tank. This horse learned some new tricks, and this Overwatch 2 beta guide for Orisa should help you learn them.

If you’re new to Overwatch and are just looking for an overview of what Orisa does, she’s a “Tank” character who now excels in leading the way in an aggressive team fight. But even old Overwatch players won’t recognize Orisa in her new state. Her turtling playstyle is in the past, replaced with an aggressive kit that allows her to deal damage, crowd control, tank damage, and lead the charge in a fight.

Note: This Orisa guide is updated for the first Overwatch 2 open beta test. Future beta tests will likely see adjustments to all playable characters, and any notable changes will be reflected once those updates drop.

Orisa received a huge rework, and unlike Sombra who retained much of her kit, Orisa is pretty much a brand new character altogether. For old players expecting an iron defense from Orisa, follow this guide to learn what exactly about her has changed in the Overwatch 2 beta.

Her primary fire, Fusion Driver, received some changes that turn it into an unstoppable railgun. Instead of having ammo, Orisa can technically fire her gun without reloading once. There is some resource management here, however. While firing your gun, you’ll charge up an overheat bar. If you let this bar fill up all the way, then your gun will overheat and you won’t be able to use your primary fire for a short while. 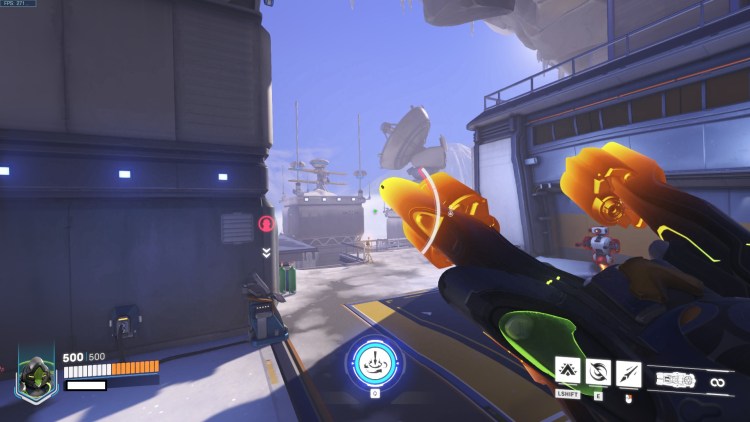 Her right-click ability, Energy Javelin, launches a javelin projectile at the enemy that deals a good amount of damage and knocks the enemy back a bit. If you aim it well and the enemy knocks back into a wall, your stun will last longer and you’ll deal more damage. While this sounds strong, the ability can require some practice. The javelin is not the easiest thing in the world to land — especially if you want to force an enemy against a wall. 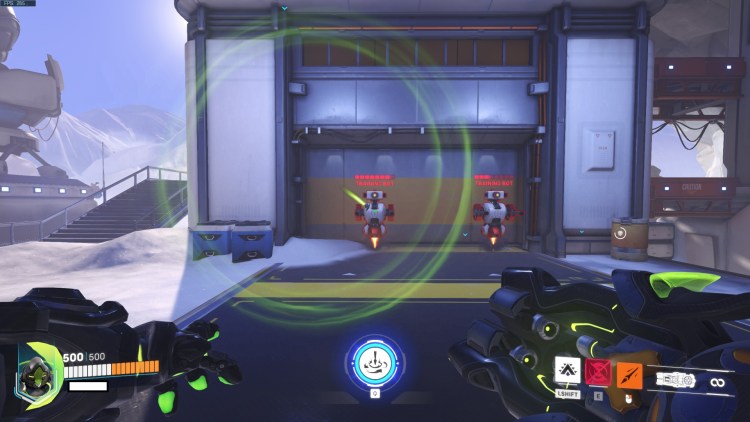 Her E ability, Javelin Spin, is a baton-twirling masterpiece that lets Orisa force her way into the enemy frontline. You spin a javelin in front of you, which blocks all incoming projectiles, pushes enemies back like a riot shield, and increases your movement speed. 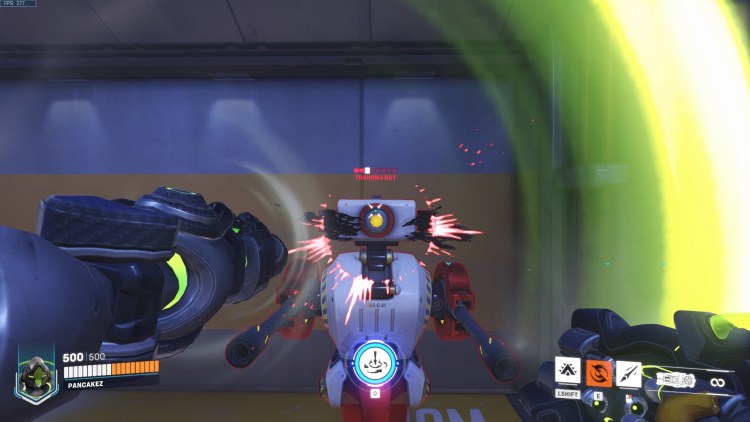 Her Shift ability, Fortify, is more overloaded than ever, bringing with it tons more tanky effects. The ability maintains its old identity; Orisa will take less damage, and is immune to any form of crowd control. However, she will now also gain 125 points of temporary health, and reduction to the heat generated from her gun by 50%. She does move 20% slower, however. 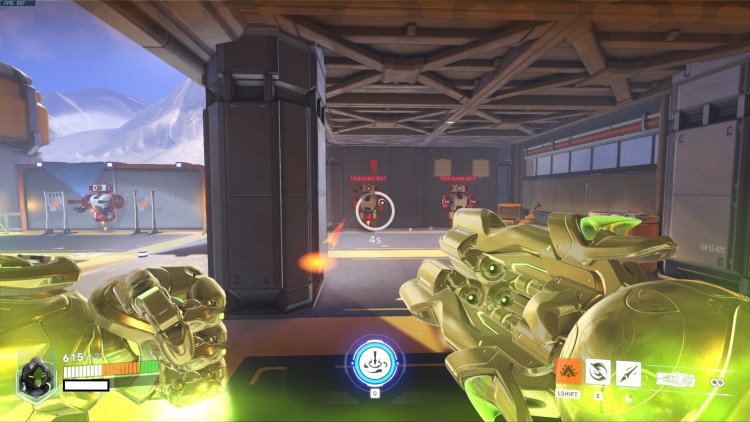 Her Ultimate ability, Terra Surge, is a multi-part ability. First, enemies within her AoE will be sucked into Orisa, making this a decent form of crowd control. On top of that, Orisa can slam down her javelin to deal AoE damage, hurting anyone whose been sucked in by her power. Gone are her bongos which buff the damage of your team. Orisa now takes control of a fight by dragging all the enemies into one place and dealing some explosive damage. 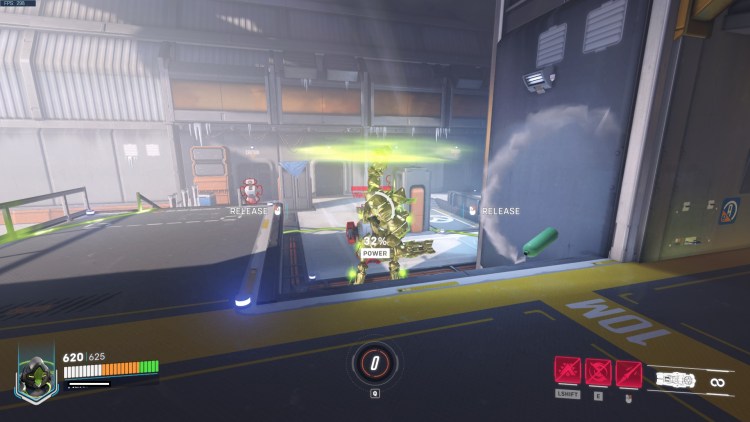 Old Orisa players who are used to turtling in one spot and providing an unlimited amount of shields and tankiness won’t recognize Orisa in her current state. You don’t want to be a sentinel anymore — you want to be upfront in the enemies’ faces, swinging your javelin around, disrupting the enemy with your crowd control, and making space for your team. Orisa loves to battle, and does not want to be held down anymore. 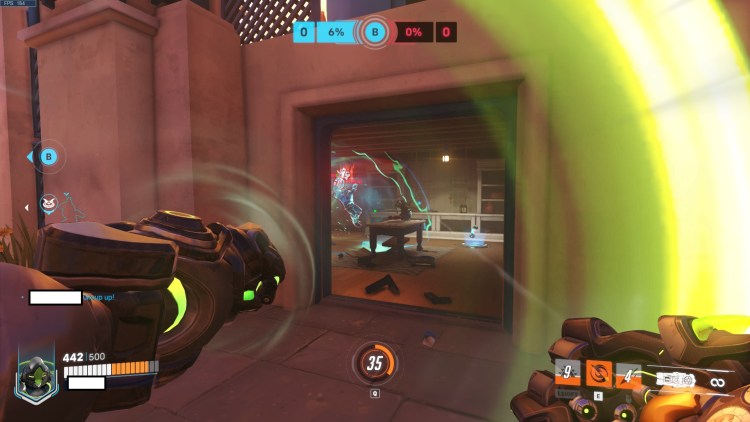 Orisa can determine the tempo of a match, engaging with great speed using her Energy Javelin. For staying power in a fight, note that you can cast both Fortify and Energy Javelin at the same time. This cancels out the movement speed buffs and nerfs that both abilities bring, but gives Orisa some extra tankiness, allowing her to charge into a fight. Don’t be afraid to use your Energy Javelin defensively, either. You can use that ability to suck up the bullets from a Soldier: 76 or Roadhog ultimate. It’s not only a good tool to engage, but also a method to peel for your team.

Orisa will enjoy teammates who can engage and disengage alongside her. Her disengage is not actually that great without support, so a mobile team like Lucio or Moira helps her out greatly as they can safely follow her as she breaches the enemy frontline. This makes DPS characters who can keep up with her solid as well, such as Sojourn or Soldier: 76. Those who have to attack from a distance may not be able to keep up with her movements, such as Ashe or Widowmaker.

One of Orisa’s weaknesses is her lack of vertical mobility. Other tanks like D.Va and Winston can help take control of the high ground, while tanks like Reinhardt or Sigma can still provide some protection with their shields. As a result, Orisa is a brawler who takes the fight on the ground, so airborne DPS characters like Pharah or Echo can do a number on her. Orisa’s lack of peel or dive also makes it problematic for a team to defend against heroes like Widowmaker, who Orisa cannot easily reach or contest. Try out the tried and true “Pharmercy” combo (Pharah + Mercy) if you are having trouble making it past Orisa.

That wraps up our Orisa guide for the Overwatch 2 beta. Stay tuned for more tips and tricks for your favorite heroes.

How to build the best Call of Duty: Warzone Pacific M1916 class

By Martynas Klimas19 hours ago
Guides