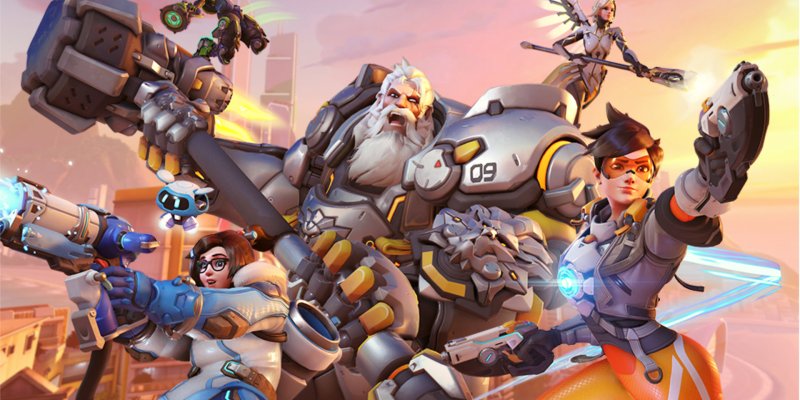 When news broke of Overwatch 2, I was remiss in my interest in the new sequel. Overwatch was touted as a full-package game from the beginning, a live-service adventure that was meant to be updated until the end of time or until it fizzled out of existence (whichever came first). So news of Overwatch 2 came as a surprise, but it was also met with a disgruntled sigh. Around this time, a content drought had already shadowed the original Overwatch, with new heroes and content a general rarity. To hear that Blizzard was dedicating its efforts to a new game altogether was upsetting for someone who took the first game seriously.

Weeks turned to months, and months turned to years. And it almost seemed like Overwatch 2 would never come. The indifference at this point was real. But, all of a sudden, the developer announced a PvP beta test, and sure enough, I could not hide from my morbid curiosity. What has the Overwatch team been up to for several years? How dramatically different is the PvP to justify such a long waiting period of zero content? As I tried out the PvP beta, my ultimate conclusion was: really, that’s it? I couldn’t believe this is what we were waiting for.

My expectations lowered as more news arrived. Following the announcement that Overwatch 2 would be free to play, the new hero Kiriko was revealed to be unlocked via the new battle pass. Suddenly, a team-based hero game that relied on counter-picking and swapping heroes seemed to transform into something it was not. Overwatch 2, from a distance, felt like a total downgrade. In many ways, it actually is.

So let’s talk about the changes between Overwatch 2 and the original PvP. The biggest change overall is the format change from 6v6 PvP to 5v5. Teams would go into games with two damage heroes, two supports, and only one tank. My initial reaction to these changes was lukewarm, to say the least.

However, after spending 30-plus dedicated hours in the competitive mode, I have to say, the game does feel good. Tanks and DPS characters now have a higher impact on individual team fights, making plays with these heroes feel more rewarding. Picking off an enemy feels a little more impactful, yet fights can still be turned around with one smart ultimate combo even if things aren’t going your way. 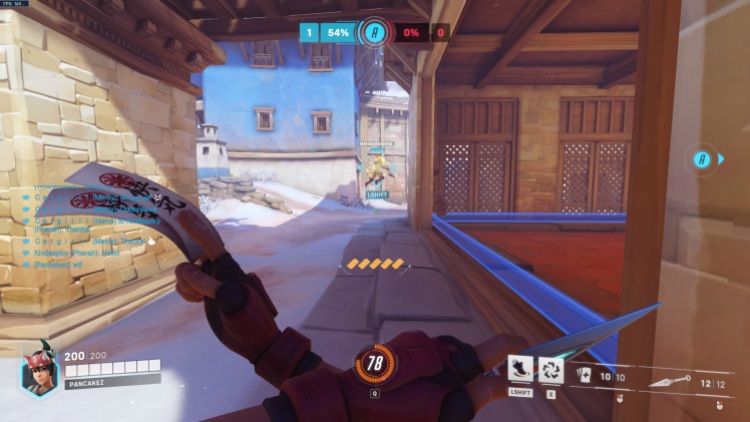 Support players have bemoaned how the changes have made the support experience worse, with enemies diving into the backline and supports having little to no protection. I do think, in general, 5v5 promotes a more aggressive playstyle, harkening back to the dive meta of the original game. I’ve enjoyed this more aggressive playstyle and how it trickled down into the support role as well, allowing me to pick characters like Lucio, Moira, or Brigitte. Kiriko slots into this meta nicely, Mercy is still helpful for her mobility, and Ana still has her Nano Boost for all the Genji mains.

The game’s balance feels satisfying. While Zarya is running lobbies, the rest of the tanks (save for Doomfist) range from playable to pretty good, which is an important state of power to be in if tanks are to have such a high impact on games. All the damage characters feel viable as well. Supports do seem somewhat neglected, but Kiriko is a fun and generally balanced hero who doesn’t feel like she needs an onslaught of overwhelming nerfs. (She is strong, but nothing like the launch state of Brigitte, which still gives me nightmares.) 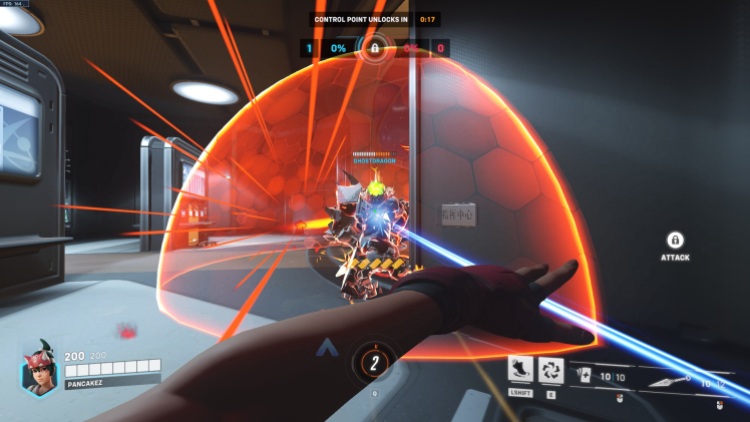 But still, as much as I can praise the change as being necessary for shaking things up and keeping the game fun, it’s hard to ignore the years of content drought Overwatch faced. Even worse, I still feel like we really haven’t gotten enough new content in the sequel. A new game mode, some new maps, and only three new heroes still do not feel like a justification for such a long waiting period. And in many ways, Overwatch 2 still feels like a downgrade. We still have a long wait for the PvE mode, which Blizzard decided was a major factor of the game but ultimately delayed it ahead of launch.

That battle pass, though

I’m not here to abuse any stature I have (I don’t really have much!) to spew out common Reddit opinions about why Overwatch 2 is worse than Overwatch 1. I do enjoy the sequel; I would not have sunk the time I did if I didn’t. But Overwatch 2 feels like a rushed product, and the more I play the game, the more the cracks begin to show. But before talking about anything technical, can we address the absolutely awful Battle Pass?

No, I do not feel like the monetization is better than I expected. It’s an anti-consumerist disaster that pales in comparison to the still-predatory loot boxes that the original game had, one that asks you to purchase a basic skin that certainly is not worth $20 USD. It’s frankly an embarrassment that basic things like voice lines are meant to incentivize dropping any kind of investment into the Battle Pass. And Kiriko still being locked behind the Battle Pass is a catastrophe. Yes, she was given to the owners of the original game for free, but what about future heroes? We still have to grind hours and hours into unlocking them. Sure, the pass doesn’t really impact me now. But until things change. I know they will. 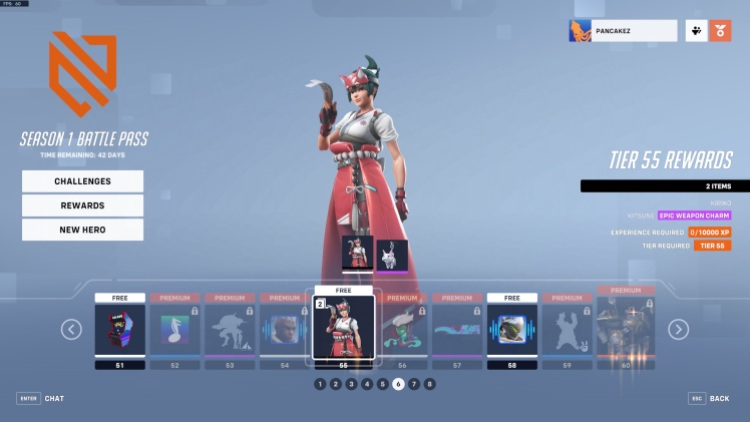 Had I not received her for free, after 30 hours I still would not earned enough XP to unlock Kiriko. No, I did not have a sub-50% win rate, nor did I exclusively play alone. Here’s the thing: I spent 30 hours in competitive. Did I mention my quick play hours when I was partying with friends? While I can’t tell you the exact amount (the game does not let me see quick play hours per season), was it enough to make a difference in my battle pass progress? Probably. It’s too much to ask to have players experience this grind, realize how long it will take to unlock heroes, and then incentivize them to purchase the Battle Pass. (Full disclosure: I am at level 49 at the time of this writing. You need to be level 55 to unlock Kiriko and presumably future heroes.)

Where’s the polish and pizazz?

One of the real shining moments of the original Overwatch game was the extraordinary polish. Everything felt snappy, responsive, and easy to understand. That’s not the case in Overwatch 2. The medal system — love it or hate it — provided a ton of personal feedback that, while not always correct, still gave a sense of accomplishment or something to work towards. Here, games are over instantly. There is no post-game lobby or any way to even track how well you did in a game. And the card system was fantastic! It’s just gone now.

The polish is just not there. I have to be honest: the way Overwatch 2 tracks your competitive progress is flawed. Never mind how you only see your rank progress if you win seven games or lose 20. Did you know you have an SR rating you can’t see? Why can’t I see my SR? I can’t even see how many wins or losses I have in a certain set. That’s ridiculous. And menus are, quite frankly, missing some basic stuff. Look at the image below. If you don’t play the game, can you tell me how to leave this screen? It’s not by endorsing players. 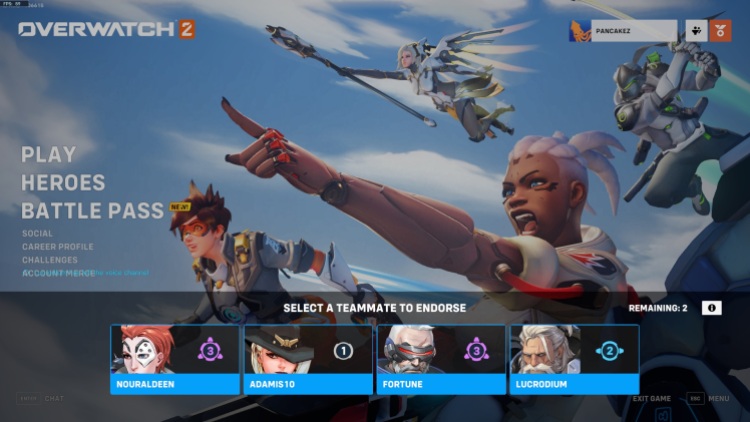 Let’s talk about that launch

This review is from the perspective, not of someone who was able to preview the game (I pretty much already did that), but of someone enjoying the free-to-play PvP portion of the game weeks after the launch. And we have to talk about the launch. I don’t mean to bemoan the game about the connection issues and queues and DDOS attacks. Honestly, these things aren’t surprising for a launch of this nature. Connection-wise, things got handled.

But there is a glaring lack of polish. Bastion was removed early from the game due to an easily replicated exploit, but is scheduled to return today. He has been unplayable for roughly two weeks. Torbjörn, too, is disabled from just ranked games (though we can still view his hero gallery). And the bugs are pervasive. There’s a new bug with Wrecking Ball where he can literally permanently lose his health. You can see Lucio through walls if he equips a certain skin. Players have bought skins on accident for just typing in the chat.

Personally, I’d like to report a bug that I have not seen reported yet. While swapping heroes, somehow, my screen got permanently blurred. This means that in the middle of a competitive match, I literally could not see a thing until I closed the game completely and rebooted it. 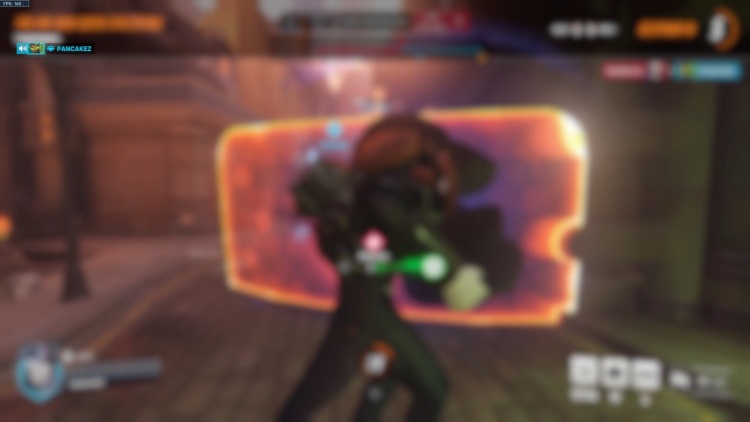 I do want to emphasize: at its core, Overwatch 2 is a good game. It has differentiated itself enough from Overwatch, and I would argue in many ways, the 5v5 format is better. It is no longer a shield bonanza or visual clutterfest of 10 different barriers being shoved around the map at once. Teamfights and ult economy are still the same, but fights feel a little smarter.

But a live-service game lives and dies by how it treats its players and general factors like stability. After three weeks, Overwatch 2 is proving to disregard both these ideals. No matter how positive I feel about some of the changes, my opinions must reflect the ultimate status of the game, and there is a lot that needs to be worked out… Now, who wants to talk about PvE? 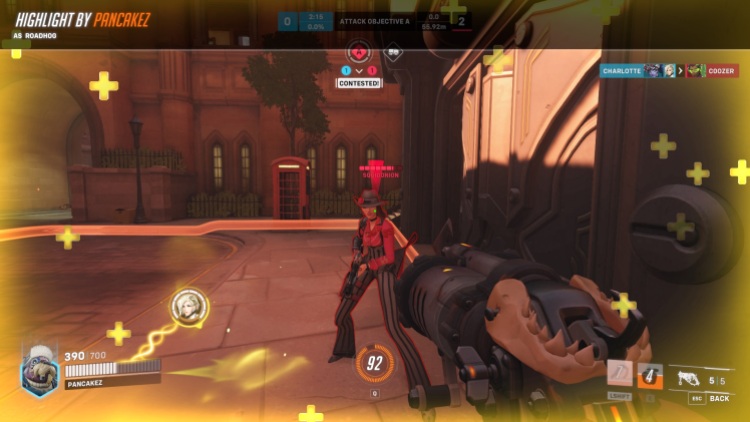 There is a good game hiding underneath Overwatch 2's predatory shell, one that is soon to evolve into an even more massive headache for players as the game evolves.