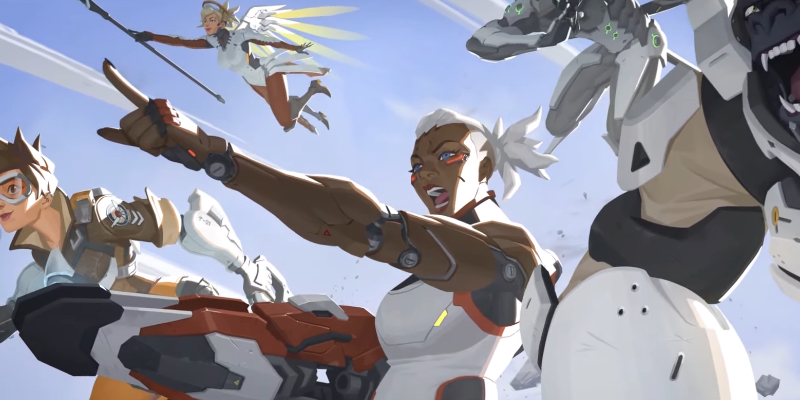 Blizzard Entertainment has released an Origin Story trailer for Sojourn. Sojourn is currently the only confirmed new character coming to Overwatch 2, having first been revealed at Blizzcon 2019. Despite appearing over two years ago, fans still know very little about her. This is especially true in regards to her lore and background.

The new Origin Story looks to change that, with Blizzard finally providing insight into who exactly Sojourn is. Her real name is Vivian Chase and she was the acting captain of the Overwatch organization. Prior to her position in Overwatch, Chase was a high ranking commander in the Canadian special forces. It was during this role that she first teamed up with Jack Morrison, better known as Soldier: 76. Her impressive performances in the Canadian special forces convinced Morrison to invite her to Overwatch.

During her stay in Overwatch, she was responsible for a variety of duties. Be it scouting ahead for her team or conducting entire operations, Sojourn played a key part in Overwatch’s success prior to its collapse.

It’s no surprise that Sojourn’s backstory is being revealed now as she will be playable in the upcoming Overwatch 2 PvP Beta. Those who have signed up and been selected will be able to access the beta on April 26. Applicants will be chosen based on their Battle.net region, sign up date, and computer hardware specifications.

The beta is close

The prospect of trying out Sojourn in the Overwatch 2 PvP Beta is exciting, but she isn’t the only reason you won’t want to miss out. This beta will also give players their very first taste of five versus five team play. Additionally, the confirmed new game mode Push will make its debut.

Anyone who plays Orisa, Doomfist, Bastion or Sombra has good reason to be excited. All four of these heroes have received a rework and will be playable during the beta. Finally, four new maps and the improved ping system will also be available.