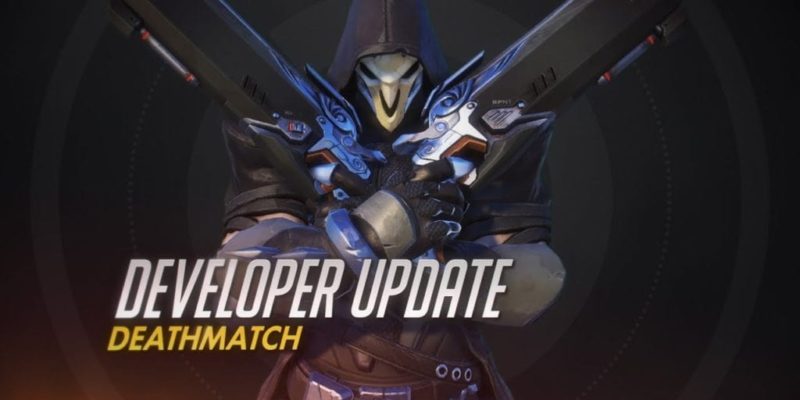 Coming “soon” to the Overwatch Arcade will be a pair of Deathmatch modes (free for all, and team). That’s been announced today in Jeff Kaplan’s developer update video, which you can watch below.

Finishing in the top half of a free-for-all Deathmatch will be enough to earn you credit towards weekly Arcade box unlocks, though obviously finishing top is most desirable. Some of the Hybrid, Assault and Escort Overwatch maps have been modified for the purposes of Deathmatch, and there’ll be a new purpose-made map for free-for-all too.

That map has a story behind it. It’ll be based around Widowmaker’s family estate in France. Mechanically it’ll have jump pads and tight corridors, while narratively you’ll get hints about Widowmaker’s background.

Team Deathmatch will be 6v6, while free-for-all will be 8 players. Team will be the first to 30 kills, and FFA will be first to 20. In Team Deathmatch there will be a different pool of maps (not including the Widowmaker one mentioned above).

Here’s the video, which made me feel my age by using the sentence “for those of you who don’t know what Deathmatch is …” Blimey.

Billie steals a face in Dishonored: Death of the Outsider trailer