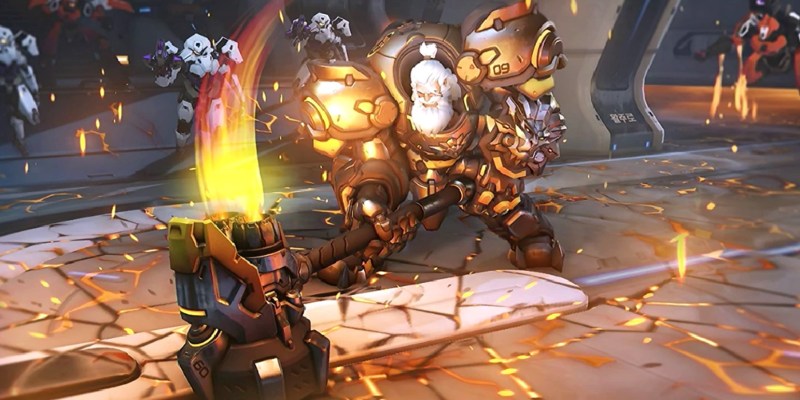 Another year has come and gone for everyone that ignores the Gregorian calendar and instead measures time by Overwatch anniversary events. The next one is right around the corner, set to start tomorrow, and it’s bringing all the usual goodies that players should be used to by now. A suite of new skins, emotes, and more are coming to the game. So far, we don’t know what that all entails, but we do know of a few things coming to the game.

The first skin is for Baptiste, the game’s offensive healer. With a new funk-themed outfit, the support class can rain down Earth, Wind & Fire on friends and foes alike. With the skin, Baptiste grows a full-on ‘fro, sports a massive golden medallion, and a funky golden belt-buckle.

Moira, another support character in Overwatch, is the second revealed recipient of an anniversary skin. Her new outfit is pretty unexpected, wrapping the cold-hearted scientist in leaves and colorful flowers. Of course, her outfit isn’t entirely peaceful and hippie-esque. Along with flowers, she’s also sporting some venus fly-traps.

Light up the dance floor.

Groove past your enemies as Funky Baptiste when Overwatch Anniversary returns on May 18. pic.twitter.com/OzmqU9L1pw

The Overwatch Twitter account has revealed one more skin for the game’s anniversary, this time for Sombra. The DPS hacker’s new skin draws inspiration from the Razer Kraken Kitty headsets by giving her, well, a pair of cat ears with a pair of claws to match.

More Overwatch on the way

Beyond its anniversary event, it’s a big week for Overwatch. Another developer update Overwatch 2 will be airing on May 20, with PVP taking the spotlight. The last major development update we saw, and the last one that Jeff Kaplan appeared in, briefly touched on changes to PVP that the Overwatch 2 team was testing. It’s too early to say what we’ll see in the upcoming stream. But you can expect some changes to the Overwatch you’ve been playing.

GOG celebrates The Witcher anniversary with big sale and giveaway