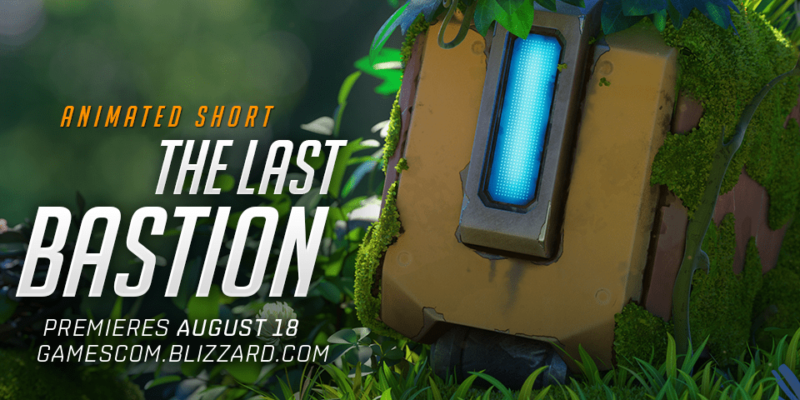 Blizzard have announced an overview of what they’ll be bringing to GamesCom, which will include a first airing of a new animated Overwatch short. That’s actually one of the few things actually confirmed by Blizzard, who otherwise are keeping things rather secretive with phrases like “new game content” and “a few surprises in store”.

The Overwatch short, though, is definitely happening. It’s going to feature Bastion and will air on 18 August at 9am (Pacific US time). According to Blizzard, the short will “follow the forgotten battle automaton as it unexpectedly reactivates after laying dormant in the wilderness for over a decade”.

Some sort of teaser preview video of what else will be shown is scheduled to air on 16 August at 9.30am (again, Pacific US). That, and the Bastion video, will be shown on Blizzard’s GamesCom hub. Daily live-streams of the company’s activities will be available on there as well.

At the actual event itself, it’ll be possible to play Overwatch, World of Warcraft, Heroes of the Storm, Hearthstone, Diablo, and StarCraft on one of 500 GamesCom stations. Blizzard will also be running “our famous dance and costume contests”.

GamesCom runs from 17 August to 21 August.