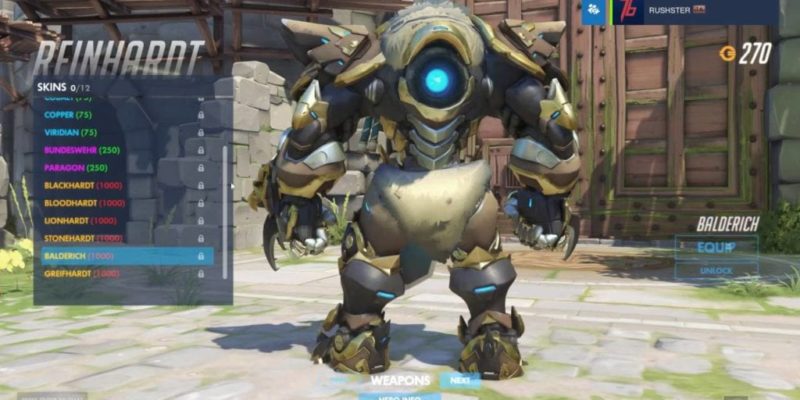 The recently revealed Eichenwalde map for Overwatch is here for testing and there’s also new Reinhardt skins for testing.

The new map has now gone live on the PTR according to Blizzard in a post this afternoon.

Eichenwalde is now available for testing on the PTR. The map has been added to the Quick Play and Competitive rotations. We’ve also added a Brawl that specifically focuses on Eichenwalde (for those who just want to test the new map).

Two new skins for Reinhardt will also be available on the PTR for your testing.

This is a new addition to the PTR which launched on 17 August (see patch notes).