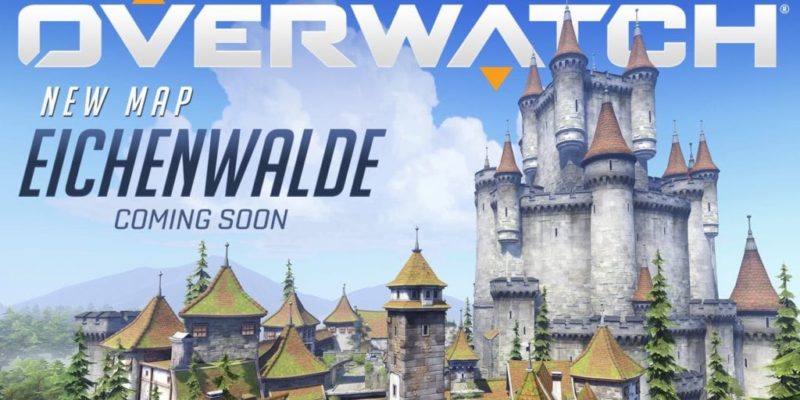 Overwatch is (appropriately, since this is GamesCom week) heading to Germany with its next map, which will be based around the castle and surrounding town of Eichenwalde. It’s said to be “coming soon” to the game itself, but will be playable at GamesCom by attendees (so we might get a bit more footage that way).

For now, there’s a preview trailer (below) giving a fly-by tour of the town and the castle interiors. It’s going to be an Assault/Escort hybrid map, in which one team must escort a battering ram to the doors of Eichenwalde castle while the opposing team does everything it can to stop them breaking in.

The impetus for the assault is the retrieval of Balderich von Alder’s remains. He was the leader of the Crusaders, and fought a last stand in the castle against an automaton army during “the Omnic Crisis”. Overwatch players will no doubt be able to tease some juicy lore extras out of that information.