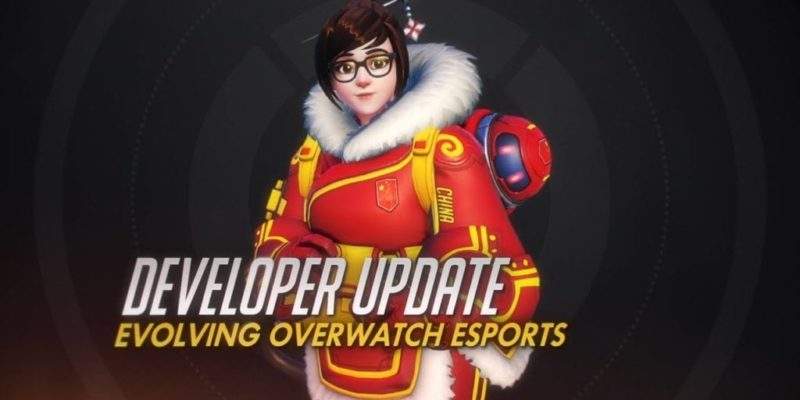 Blizzard’s Jeff Kaplan is back with another Overwatch developer update and this week he’s focusing on eSport and how they can improve the viewing experience.

With the Overwatch League coming up, new ways of watching and broadcasting are being worked on. The first thing they are doing is adding team uniforms and this feature will appear at the Overwatch World Cup at BlizzCon. There will be home and away strips but they are going one step further by changing things such as weapon fire and explosions to reflect the team colours. The UI is also be adapted to show these team colours so viewers know which teams they are watching.

A top-down interactive 2D overlay map is also being introduced so viewers and broadcasters know exactly where all the players are at any time. Feedback on these new features has apparently been positive from broadcasters testing the features.

A third person smart camera is also being added to follow the action and smooth out the camera’s movement. This camera is also “smart” enough to be able to follow where the action is. Kill moments will also be able to be played back with camera repositioning at any time in a match. this means viewers will get instant replay moments during a match which should look cinematic.

Blizzard is also introducing a tournament interface to help set up tournaments easier for organisers. This should help to eliminate human error.

Blizzard has a lot banking on the much talked about Overwatch League and any tools that improve the experience for broadcasters, organisers, and viewers will help get that off the ground once the Overwatch World Cup is done and dusted at BlizzCon.