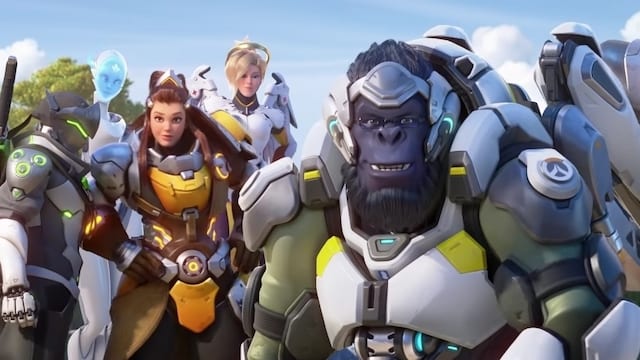 Last week, Overwatch director Jeff Kaplan confirmed the existence of Overwatch 2. However, he also noted that some content the original game and its sequel will share, particularly with Heroes and new maps. But, eventually, what he’d like to see is the both games join into a single client.

While speaking with Kotaku in a recent interview, Kaplan explained why he’d like to get this done. Mainly, it’s about making sure the player base won’t end up “fragmented.”

Why would a merge need to take place?

“There will be a point where the clients merge,” he explained.

He feels it’s a vital move for the competitive experience as a whole. “The whole idea is to avoid fragmenting the player base and giving anybody a competitive advantage.” He also brought up the idea of someone gaining a benefit from a higher framerate, “just because you’re on a different version of the engine.”

But it will probably take some time, if only because Kaplan doesn’t want to leave anyone behind in the switch over. “We’ve all seen when the servers shut down on X, Y or Z game,” he explained. He even brought up an example with classic Halo 2 players, who refused to log out as servers were being switched over.

Kaplan did explain, though that the Overwatch 2 launch would revolve around something called a “live service cadence” with continuous updates. But the original Overwatch would get “some meaningful updates” as well, until the transition takes place.

Of course, that’s a ways off, as Overwatch 2 doesn’t even have a release date yet. And reports indicate it might not even arrive until late 2020. So we’ll have to wait and see how this all plays out.

For the time being, the original Overwatch is still a thing. Check out the Overwatch 2 reveal trailer below, in case you missed it.