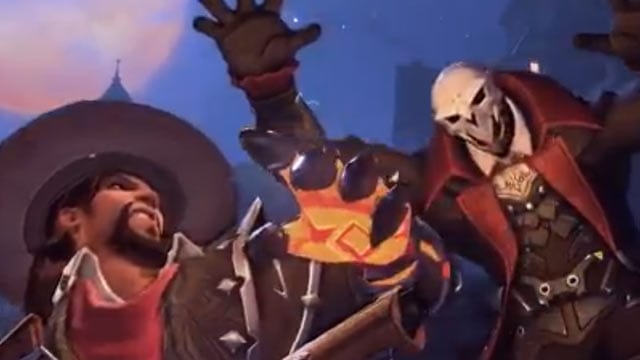 With Halloween almost upon us expect all kinds of ghoulish activity to pop-up in games. Next week Blizzard will be kicking off their Overwatch Halloween event starting on 10 October and runs through to 2 November.

What Blizzard will unleash this year remains to be seen but expect all kinds of new additions such as skins, emotes, sprays and other cosmetic items.

Last year Blizzard replaced Overwatch loot boxes with jack-o’-lanterns which dished out profile icons, sprays, victory poses, emotes, highlight intros, and skins. Expect more of the same this time around. The PvE co-op mode added last year was quite fun but wore thin quite quickly. We’ll see if the same thing is rolled out again this year soon enough.

The nights grow cold
And monsters appear
A great evil gathers
And Halloween draws near… pic.twitter.com/98CXWqQ0gc