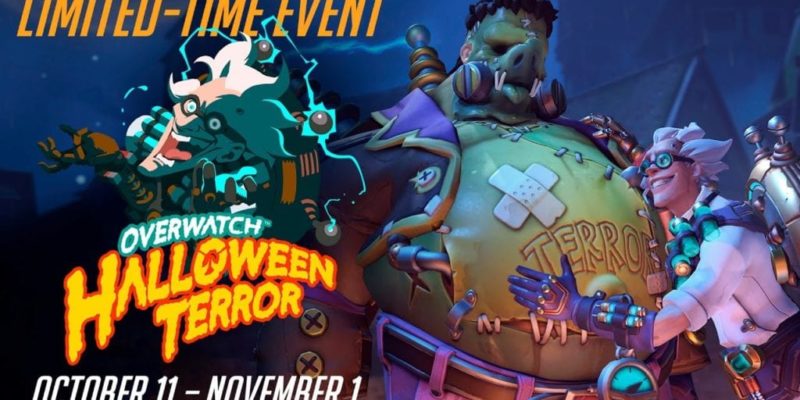 The Overwatch Halloween event hasn’t exactly been a well kept secret over the past few days, and is now live in the game. It’ll run from today until 1 November, and, while it doesn’t specifically say as much, I’m sure it’ll be spooktacular.

From today, all in-game Overwatch Loot Boxes have been replaced with glowing jack-o’-lanterns, potentially containing one of “over 100” new Halloween-themed cosmetic items. According to Blizzard, “any Loot Box you earn or purchase from now until the event concludes will contain at least one item from our Halloween 2016 collection—including profile icons, sprays, victory poses, emotes, highlight intros, skins, and more.”

A “variety” of these customisation options can also be unlocked with credits in the Hero Gallery for the duration of Halloween Terror. Once unlocked, the item is part of your collection for eternity (well … or thereabouts), but the specific Halloween loot will cease to be available after 1 November.

This seasonal event will also be giving Overwatch its first ever PvE co-op brawl. ‘Junkenstein’s Revenge’ will let you team up with three other players (as Alchemist (Ana), the Archer (Hanzo), the Gunslinger (McCree), or the Soldier (Soldier: 76)) to defend Adlersbrunn castle from Junkenstein’s onslaught of minions.

Here’s a trailer showing much of that stuff in motion.

Finally, Overwatch has now surpassed 20 million players spanning all platforms according to Blizzard.

Turok 2 remaster still on the way to Steam, say developers