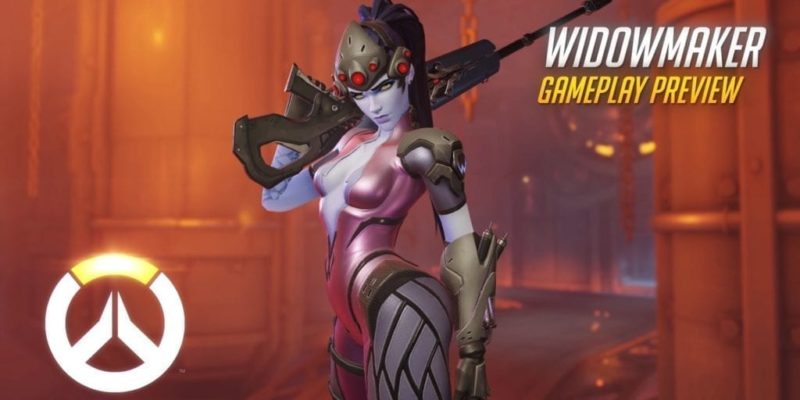 Widowmaker started out as Amelie, the wife of Overwatch agent Gerard Lacroix. Gerard was spearheading operations against the terrorist organization Talon, and after several attempts by Talon to eliminate Gerard, they set their sights on Amelie. They kidnapped her and reprogrammed her to be a sleeper agent, and she went on to kill Gerard in his sleep. She returns to Talon, and they finish converting her into a living weapon.

Widowmaker is equipped with the following gear:

• Widows’s Kiss – a versatile sniper rifle ideal for close- to mid-range targets; can also be used on full-auto.

• Grappling Hook – useful for giving her a better view of her targets, or to quickly get away from anyone targeting her.

• Venom Mines – small spider-like carriers of poison-filled vials. These mines explode when they detect motion, and will cover all enemies within range with poison.

• Infra-Sight – Widowmaker’s ultimate ability, which allows her and her allies to see the heat signatures of opponents through walls and objects for a limited time.

Widowmaker appears set to become a valuable ally, or a worthy opponent. She’s capable of taking out targets quickly while also keeping safe distance from all enemies, and lives by her motto, “One shot, one kill.” Your opponents won’t even know what hit them. Blizzard’s Overwatch is expected to open beta in Fall 2015.