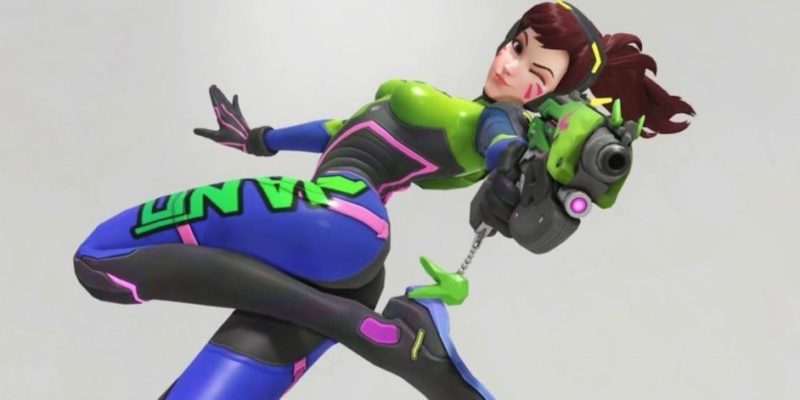 D.Va has been getting a lot of love from Blizzard lately. Hot off the tail of her recently released short, the Overwatch gamer now gets her own themed challenge. Introduced by way of D.Va shifting aside crusty not-Doritos to grab a refreshing not-Monster, say hello to “D.Va’s Nano Cola Challenge.”

This challenge adds a bunch of new cosmetic items for you to try and get. Thankfully, these aren’t tied to the mercy of the loot box. You acquire these items through skill and time investment. It’s a welcome change from how Overwatch has handled their limited-time cosmetics in the past.

The challenge operates in tiers and after accumulating enough wins, you earn a sick goodie. Wins can be from Quick Play, Competitive, or Arcade mode, so feel free to play what you want. After three wins, you’re given two new D.Va sprays to use. Rack up six wins and you get a player icon. Finally, if you manage to get nine whole wins, you get the ultimate prize: the Nano Cola D.Va skin.

The other aspect to this challenge requires a bit more patience. Blizzard partnered with select Overwatch Twitch streamers to give away prizes to dedicated viewers. A bunch of cute little sprays unlock for you after a certain number of hours are watched on Twitch. There are also tier increments to this amount of time. But how many streams do you need to watch for every single spray? You need to put in eight hours of accumulated stream watching. Not in a row, hopefully. Be safe, Overwatch players. 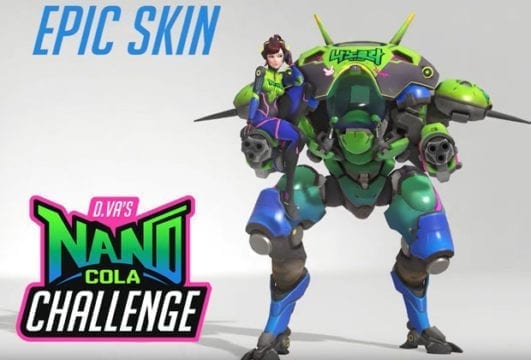 With the recently announced Busan map currently making its way through the PTR server and this challenge dished out to players, Overwatch fans have a lot of content to play through. This D.Va challenge is available until September 10th. So be sure to suit up and get out there before time’s up!

Yakuza studio set to reveal a new IP in September