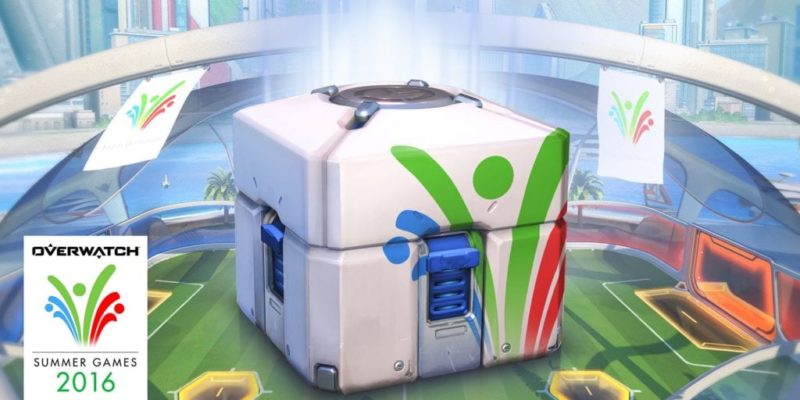 Blizzard are putting their own spin on the Olympic Games in Overwatch for the next couple of weeks, with the announcement of a new 3v3 ‘Lúcioball’ brawl mode and themed cosmetic loot.

Starting this very day, and running until 22 August, all new loot boxes (earned or purchased) have a chance to contain one of over 100 unique ‘Summer Games’ cosmetic items for your Overwatch characters. You can’t unlock individual items with credits directly, but each seasonal box is guaranteed to have at least one themed item. These can include “themed sprays, emotes, victory poses, highlight intros, player icons, and some very special skins”.

After 22 August, the Summer Games items will no longer be available. Though any in your collection will obviously still remain there.

As well as making the characters all patriotic and sporting, Blizzard are adding a new brawl to the game. Lúcioball is a 3v3 mode that takes place inside Rio’s “Estádio das Rãs” map, and (superficially at least) looks a bit like Rocket League. Four minute matches, speed boosts, jump pads, and launching an oversized ball at an oversized goal.

You can see how that looks, as well some of the cosmetic Summer Games items, in the video below and below that Jeff Kaplan talks about Overwatch seasonal content.