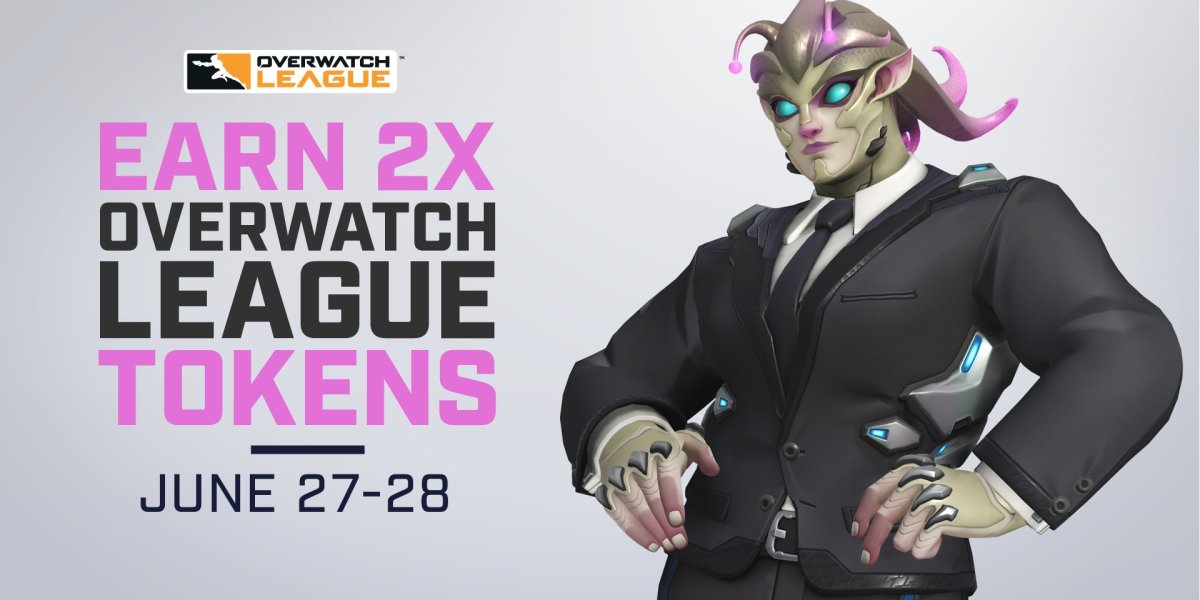 The Overwatch League has been performing well since its return from a recent two-week hiatus. To celebrate its success and encourage more players to check it out, Blizzard is offering all viewers double Overwatch League tokens for any games watched this weekend. You can use these tokens in-game to purchase official Overwatch League team skins for your favorite heroes.

Surprisingly, this last break wasn’t a result of the ongoing COVID-19 crisis. Instead, Blizzard used this opportunity to provide the league’s players with a much-needed rest. Many former pro players like Seagull, Effect, and Greyy have all retired due to various mental health issues. It’s great to see Blizzard now taking this more seriously.

How to earn Overwatch League tokens

Farming OWL tokens functions a little differently compared to the old days of Twitch. Previously, you would earn three per hour, with a small chance of earning 100 in one drop. However, since the OWL moved away from Twitch, this has changed to a flat five tokens per hour instead.

This means that for all games played this coming weekend, you can earn ten per hour. This weekend features twelve different games, starting with Hunters vs Charge and ending with Reign vs Titans. Just log into the official Overwatch League website or app, and then watch games on there to earn tokens. You will not earn them for watching live games on YouTube.

On average, an OWL game lasts around two hours. Given this, if you were to watch every game from start to end, you could earn 240 tokens to spend in-game. The price of a single Overwatch League skins is 100 tokens. Signature skins like the recently released Sinatraa MVP skin cost 200.

For context, purchasing 100 Overwatch League tokens costs $4.99. Considering you can just leave the stream on in the background and still gain tokens, it’s well worth taking advantage of this promo.