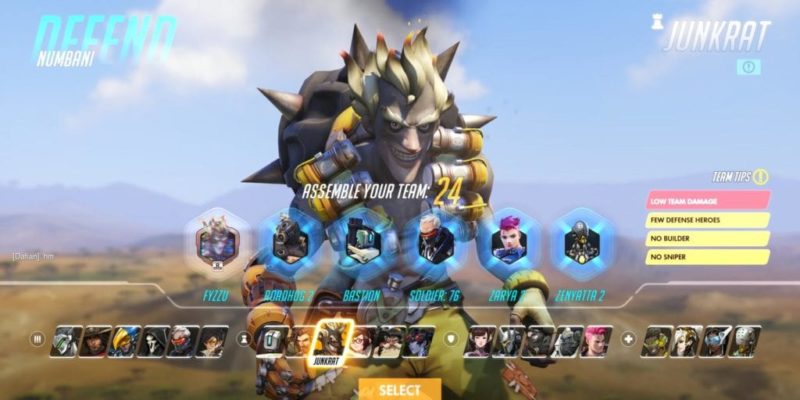 Matchmaking systems in any game can be great or a pain, some work fine while others are just terrible. Blizzard’s Jeff Kaplan has decided to explain how it works in Overwatch.

There are numerous factors taken into account in Overwatch and Kaplan says it’s “extremely complex” which is no huge surprise. The first factor to consider is time and the system will try and get players into a game as fast as possible but it’s a fine balance between giving a player a good match or waiting 20 mins for a perfect match-up.

The second factor is the ping time which plays an important part in any shooter. This was pushed up the priority order following complaints from players during the beta tests.

Next comes groups where the system will do its best to match groups of players of the same size together and as the wait time goes on that becomes a little more flexible.

Matchmaking rating comes next, the good old MMR factor. Kaplan explained how that works and how they approached the design as a team.:

“This rating is the most important thing that we try to match on. Basically this rating means “how good are you?” Commonly, you’ll hear this referred to as Matchmaking Rating or MMR. MMR is derived differently in different games. Overwatch borrows a lot of knowledge from other games but also does a lot of things unique to Overwatch. As each player plays games, their matchmaking rating goes up or down depending on if they win or lose. The system is extremely complicated and there is a lot more going on here than I am going to spell out. So please don’t take this as the comprehensive guide to how MMR is calculated in Overwatch. There is definitely a lot more going on under the hood.

“For better or for worse, we focused the design of the game on winning or losing as a team. OW is not a game where you ignore the map objectives and then look at your K/D ratio to determine how good you are. We want you to focus on winning or losing and as a result you do focus on winning or losing. We tried to make it so that losing isn’t the end of the world, but to a lot of people they expect to win far much more than they lose. I sometimes wonder if we were able to clone you 11 times and then put you in a match with and against yourself, would you be happy with the outcome? Even if you lost? Out of the 5 types of matches I described above, it is my belief that you would still experience types 1-4. Are those “stomps” still not acceptable? Because they will happen…”

Blizzard has also yanked the “Avoid this player” option because some players were being avoided for simply being too good.

“For example, we recently realized that “Avoid this player” was wreaking havoc on matchmaking. One of the best Widowmaker players in the world complained to us about long queue times. We looked into it and found that hundreds of other players had avoided him (he’s a nice guy – they avoided him because they did not want to play against him, not because of misbehavior). The end result was that it took him an extremely long time to find a match. The worst part was, by the time he finally got a match, he had been waiting so long that the system had “opened up” to lower skill players. Now one of the best Widowmaker players was facing off against players at a lower skill level. As a result, we’ve disabled the Avoid system (the UI will go away in an upcoming patch). The system was designed with the best intent. But the results were pretty disastrous.”

Matchmaking is difficult there are so many factors to consider and match-up will never please all the players but Overwatch appears to have done a reasonably good job with it so far and it will be iterated on all the time.

You can read the pull post from Jeff Kaplan here which goes into even more detail.

Overwatch PTR is live and these are the notes