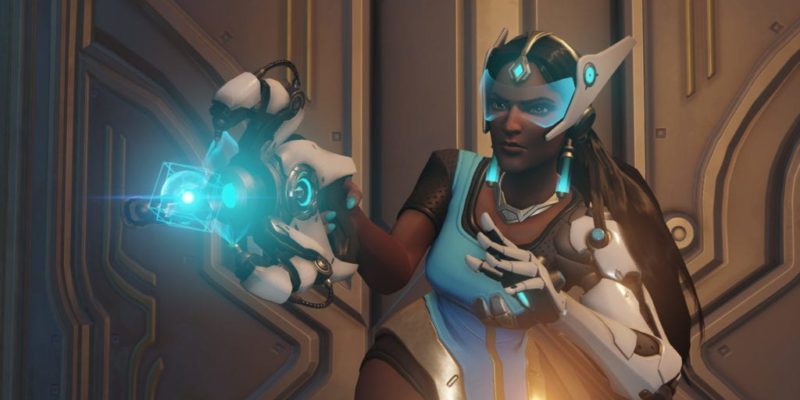 Following the new information on the Symmetra changes released earlier, she has now been put live on the Overwatch PTR.

Jeff Kaplan wasn’t wrong when he said the update was coming soon. She is now live and here are the patch notes for the 22 November update.

Developer Comments: When looking into changes for Symmetra, we wanted to address two main issues: she didn’t feel active enough, and she often felt weak in certain situations on different maps and game modes, due to her Teleporter.

To address the first point, we removed her more passive Photon Shield ability, and replaced it with a much more active ability: Photon Barrier. Now, Symmetra can help lead the charge on offense or help shut down a big push on defense by actively blocking damage for your team.

For the second point, we noticed players would often switch off of her when they felt like her Teleporter wasn’t as useful. For example, when playing her on defense on an Assault map, players often only used her to defend the first capture point, then quickly changed if that point fell. To help her feel more useful in more situations, we’ve given her an alternate to her Teleporter. The Shield Generator is just as important for the enemy to deal with, but is useful in more situations than her Teleporter.

The turret changes allow her to rebuild her turret nests faster. Even if all her turrets are wiped out, it’s now easier for players to build them all back up before the next push.

The last change increases the range on her Arc Welder to make it easier for her to build up and keep a powerful charge on her weapon.