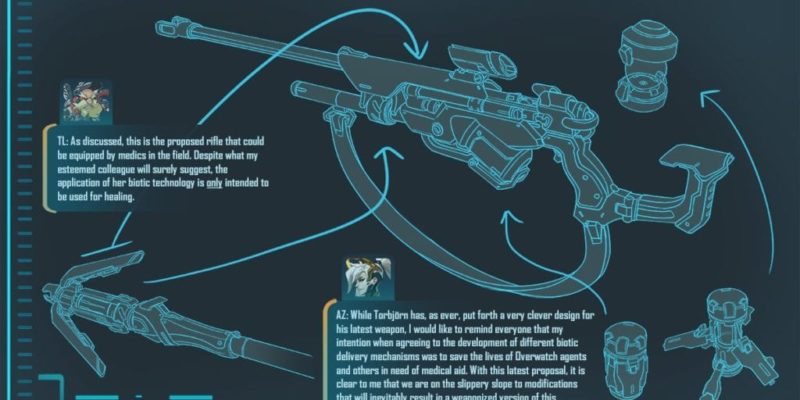 Blizzard’s twitter account for Overwatch has put up a teaser image depicting a sniper rifle with medical capabilities, implying that a new hero will be revealed shortly.

The fan base seem pretty convinced this new Overwatch hero will be Sombra, a character who has been alluded to with hints both in and out of the game. If that’s the case, it looks like she’ll be a healing sniper support type hero.

On the image, the text about the rifle reads: “this is the proposed rifle that could be equipped by medics in the field”. Looks like it can launch a grappling hook style device, as well as little pods (possibly the healing delivery system).

Need for Speed is now free to play for ten hours