Blizzard has just launched their Overwatch Top 500 system which will effectively tell the top 500 Season 1 players they are super.

As Blizard pushed forward with the competitive side of Overwatch, players who have performed particularly well will now get a shiny icon to show they have made the top 500 ranking.

These are also broken down by region and platform. Leaderboards will be wiped at the end of a Season to keep players coming back for more and get back into the top 500. Oh, and there’s  special icon. 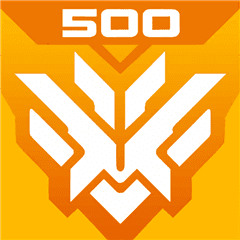 All the details have now been posted by Blizzard.

We’re excited about this new feature and how it will continue to evolve. In the future, we’re planning to improve on the system, adding a graphical leaderboard that will include the names and ranks of our Top 500 players. So, keep your eyes open, and thanks for playing Overwatch!

Steam is having a VR sale this weekend

Hearthstone partying it up for One Night in Karazhan