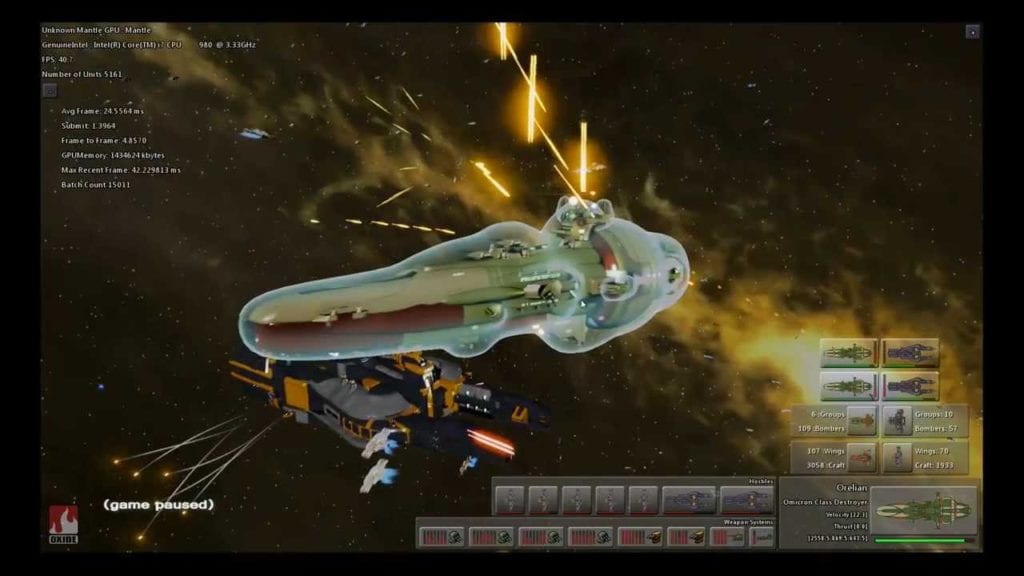 Oxide Games have been busy showing the power of AMD Mantle with their strategy tech demo called Star Swarm. The demo was first shown back in December to demonstrate the Mantle API and this new video explains a little more about the game engine from Oxide and the benefits of Mantle.

Three Nitrous games are in development at the moment utilising the engine and a demo of Star Swarm will be made available for download from Steam at some point in the future so you can try it out for yourself.

If you want to dig deeper into all the technical details about AMD Mantle and the Nitrous engine then I suggest you give this video a watch. It’s pretty impressive stuff when you realise how many objects are being tossed around in space all at once. Watch that motion blur though, it seems to have an effect on performance.

As soon as we hear more about the Steam demo we’ll let you know because it’s going to be really fantastic to see this in action for ourselves.