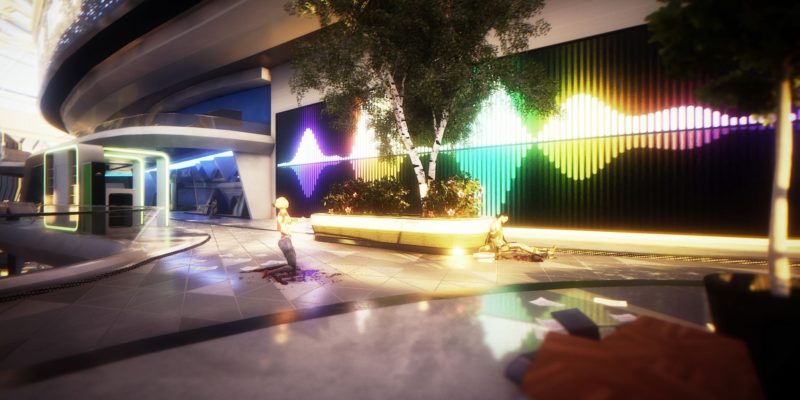 P.A.M.E.L.A. – an in-development survival horror game – is the rather ambitious first outing into the world of gaming by a company called NVYVE Studio. They’re a small team of 6 who made a name for themselves building virtual architectural showcases, and the influence of that background appears to be showing through in early versions of their game, which has been lauded for its glorious looking visuals.

We sat down with Studio Director Adam Simonar to find out more. The audio version can be found just below, followed by a transcript of the main highlights.

PCInvasion: Could you tell us a bit about your background and what you’ve done before?

Adam Simonar: I actually started in architecture myself; before realising that wasn’t necessarily my true calling I moved into real-time architectural visualisation – building plans and elevations and stuff, we’d create the environments in a way that users can explore their future condo and that kind of stuff in 3D, in a game engine kind of way, right?  That’s actually where NVYVE started out and we made a name for ourselves doing that.

PCI: Do you think those skills have transferred well into game design?

AS: Yeah, definitely. We certainly wouldn’t be able to embark on something like P.A.M.E.L.A. without having a fair bit of experience with Unity previously. Obviously with what we did we have a lot of experience constructing scenes, making them look gorgeous; lighting and all that stuff. So that definitely transferred well.

Obviously with game development there’s a huge amount of other stuff which we weren’t touching beforehand like AI and animations; but definitely though it was a really good starting point, that’s for sure. 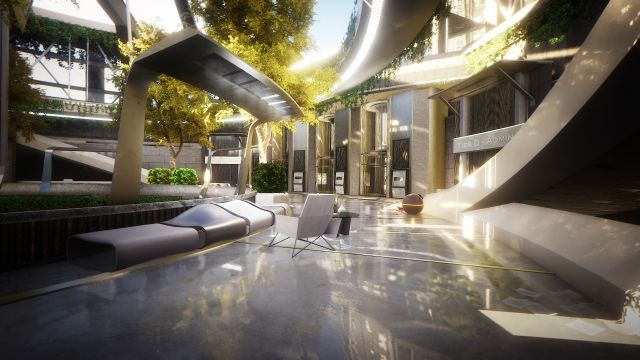 AS: It’s an open-world survival horror game in a utopian city gone wild. Basically, you’re exploring the environment, you’re trying to survive, and you’re savaging for equipment and food, all these kinds of things; contending with the twisted citizens of the environment who’re also trying to survive. You’re also working with P.A.M.E.L.A. – the AI overseer of the city. She wakes you up in cryo and she’s trying to help you survive because you’re kind of her lifeline to humanity and this horrible thing happened.

AS: The core gameplay would be survival; you’re exploring and you’re trying find resources to keep yourself alive. But while you’re doing that you’re also finding new equipment to make you stronger; you’re able to enhance your body using these kind of enhancement clinics that are around the city. It’s not really an RPG but that’s kind of where the RPG-aspect comes in,

PCI: Does the game have construction options as is popular in survival games?

AS: We have a light construction system; not quite as advanced as Rust or something. We give the players some tools where they can construct their safe havens in the environment, creating some defences that are going to make it a bit easier to survive. There’s also a power system that we’re building into the environment; as you’re going around you can turn on and off lights and different levels of power in the environment which will deplete your resources but will get you certain advantages in terms of what you’re able to do in the environment.

AS: We took some inspiration from Resident Evil for their aiming, so it’s a bit more of a slower-paced purposeful red-dot sights aiming system when you’re fighting. There’s melee combat, that’s a pretty big focus… a pretty big option for the players to use.

In terms of how you approach the situation, we’re are doing our best to leave it right open to the players. So they can decide if they want to be avoiding enemies, take a stealth approach, whether you want to leave them alone and depending on their personality they may leave you alone or they may come after you anyway. We’re trying to provide people with realistic scenarios where they can choose what they want to pick.

PCI: What kind of horror are you going for?

AS: It’s more building tension in the environment. Areas which feel sort of safe and kind of beautiful, but at night-time if you don’t have the power on areas get dark and it’s hard to see what’s going on. In terms of the horror, it’s more of a slow-burn horror than jump scares.

It’s not a game that’s designed explicitly to scare the crowd like Outlast or whatever. 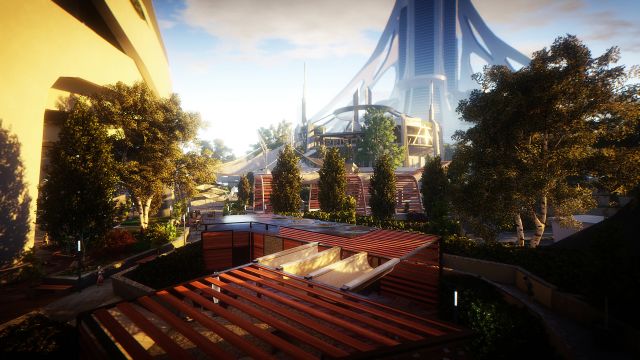 PCI: Why did you go for such a complex and ambitious type of project as your first ever game?

AS: I suppose it sort of chose us. You make the type of game that you want to play, right? P.A.M.E.L.A. is an amalgamation of all the games we’ve played over years and years and worlds we’ve just loved. It all comes together; survival, sci-fi, utopian societies, exploring environments. It’s just something we could all get really passionate about, and that’s what’s going to keep you going those crazy long nights, right?

PCI: The game looks very visually impressive, is that something you intended?

AS: Yeah, that’s definitely a big part of it. There are, I suppose, reasons consciously and subconsciously why that’s the case. The first way you experience something is visually, right? Whether it’s a screenshot or a trailer you see the world. We’re artists and we love making beautiful environments that people can experience. So it is one of the things that we, personally, just love doing. That’s part of the reason why the environment is so prominent.

PCI: You’ve spoke a bit about VR, what’re your thoughts on it?

AS: People ask a lot about that. VR as a whole, we’re… I don’t want to say sceptical, but we’re not super concerned with it at the moment because with first person experiences like this where you’re controlling yourself with keyboard and mouse don’t necessarily transfer well into VR; it’s kind of counter-intuitive. But, at the same time, we do realise that there’s a lot of people who are interested in it. Most likely it’s something that we will end up supporting in one fashion or another, but it’s certainly not a key feature of the game that we want to push.

PCI: Are you aiming to have good scalability options for PC users?

AS: Yeah, absolutely. That’s something we’re thinking pretty keenly about. As we’re designing, we’re always thinking of what kind of quality settings can be exposed for the user, which sort of effects they can turn on and off and which they can’t that we need to have; but we definitely want to make it as customisable as possible. We have controller support already built in, for example; field of view, we want to have the values for that exposed because we know a lot of people, ourselves included, love the FOV to be to their personal preference.

I think with PC gaming you have to do this to a certain extent. People demand a certain amount of customisability and we certainly want to provide that.