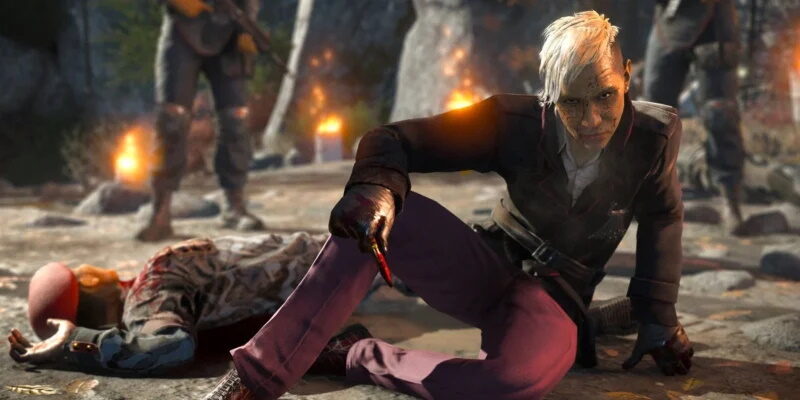 Far Cry 6 has taken an interesting approach in regards to its first season pass. Rather than focus on unlockable skins or expansions that further explore the main story, this initial season pass has instead centered around brief DLC episodes starring villains from past entries in the Far Cry series.

So far, only the Vaas: Insanity DLC episode has come out, which centers around Vaas Montenegro, one of the main antagonists of Far Cry 3. But once January 11 comes around, fans of Far Cry 6 can experience the game’s second DLC episode titled Pagan: Control, which sees Far Cry 4’s central antagonist Pagan Min taking the spotlight.

What is the DLC about?

The previous DLC episode placed Far Cry 6’s mechanics within a rogue-lite structure, and Pagan: Control will do much the same. According to a press release, this DLC will serve as “a brand-new experience inspired by the roguelite genre taking place in the depths of [Pagan’s] troubled psyche.” It aims to “provide a unique opportunity for players to explore Pagan’s mind, learn more about his past, and face off against familiar faces as he struggles to break free from his cycle of guilt and regrets.”

The press release notes that the third DLC episode of the current season pass, which goes by the name of Joseph: Collapse, will release sometime later in 2022. As the name implies, this final piece of DLC will have players control Joseph Seed, the main villain of Far Cry 5. Until then, though, Far Cry 6 players can look forward to making their way through the Pagan: Control DLC once it drops six days from now. This current season pass definitely seems like it was tailor-made for longtime fans of the Far Cry series, so those unfamiliar with its history may not get much out of the DLC.