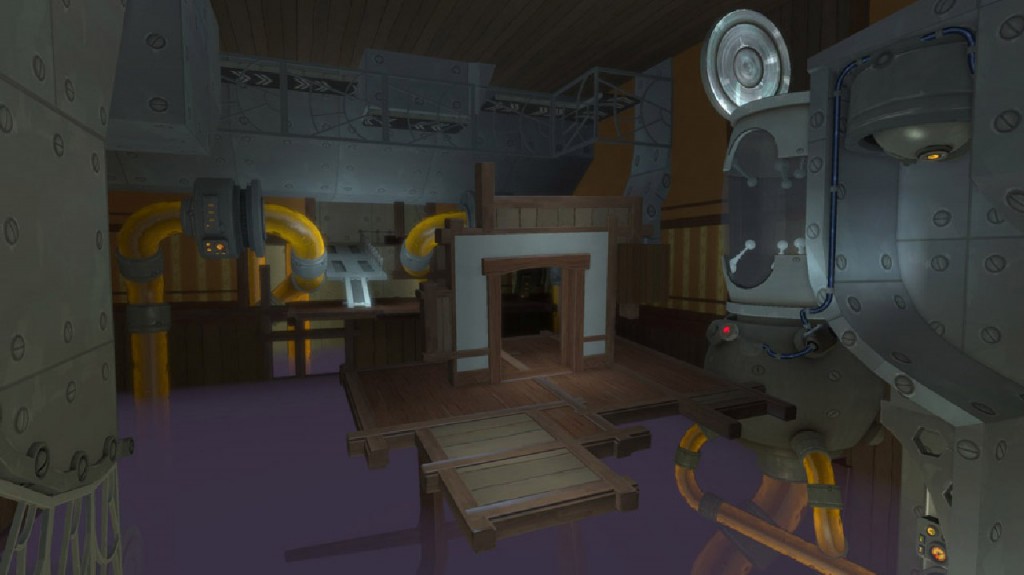 It was no secret that Quantum Conundrum was getting some DLC. After all, the Steam version was available to pre-order at a slightly higher price with a ‘season pass’ entitling the buyer to the add-ons (upon release). Today, Square Enix and Airtight Games have offered a few more details, release dates and prices for the first two puzzle packs.

In “The Desmond Debacle”, you’ll be powering up “the Inter-Dimensional Shift Device for a brand new adventure deep in an unexplored wing of the labyrinthine Quadwrangle Manor”, accompanied by drinking bird Desmond. The second pack, “IKE-aramba!” will give you the task of rescuing Ike (Interdimensional Kinetic Entity) from a newly discovered wing of Quadwrangle Manor.

Release dates are all over the place, so here’s a summary: