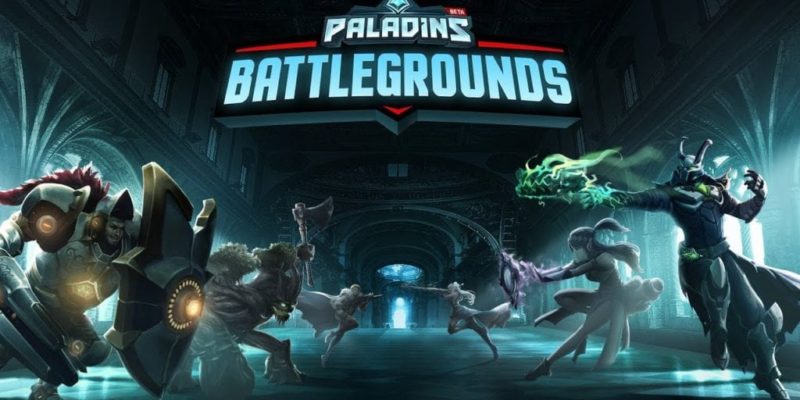 Just when you thought the shooter genre would be safe from the battle royale craze, Hi-Rez studios reveals Paladins Battlegrounds.

Every developer will be wanting a slice of the battle royale audience in 2018 and Hi-Rez is first out the blocks after finding a way to make a team-based shooter into a battle royale game. Hi-Rez announced the new game mode at the Hi-Rez Expo, which is currently taking place, dubbing this the “first hero shooter battle royale”.

The mode follows the familiar formula of dropping 100 players onto a map with teams of players trying to survive the longest and become the ultimate winners. Players will use their hero abilities and mounts to hunt down loot and other players while keeping an eye out for loot-dropping zeppelins.

With Paladins already enjoying a healthy player base, this will probably do quite well if the community embraces it. Its unlikely players of PUBG or Fortnite will jump ship to this but Hi-Rez may as well have a crack at it.

In related news, Hi=Rez also announced a new Team Death Match mode, a new map and there ‘s also the keynote speech from the expo (see videos below).