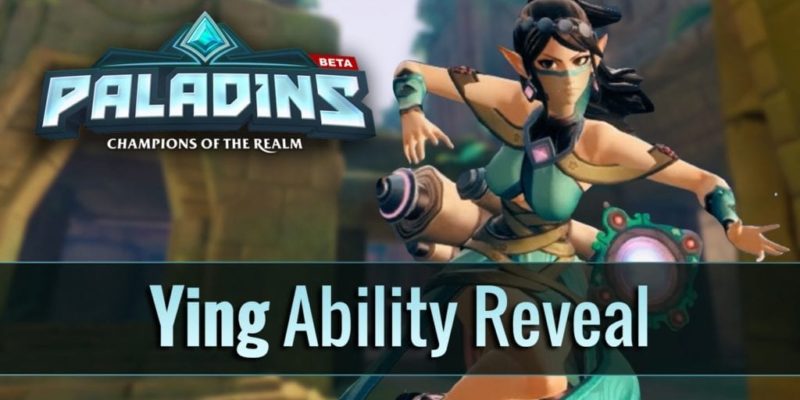 Hi-Rez Studios is still working away on their team based shooter Paladins and a new Champion called Ying, The Blossom is joining the roster.

A new video demonstrates Ying’s skills which include Illusionary Mirror, Illusion,  Shatter, Dimensional Link and her ultimate which is Illusionry Rift. She’s a strange champion who wields a floating mirror object instead of a weapon.

Ying, The Blossom will be added to closed beta update 20 and anyone can still sign-up for the beta or buy a Founder’s Pack now.

Overwatch Tracer coming to Heroes of the Storm this month