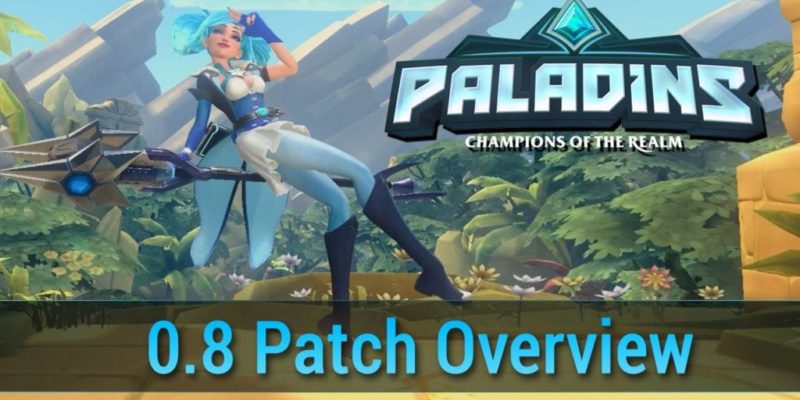 Hi-Rez Studios are currently working on their new team based shooter Paladins: Champions of the Realm and today they revealed their next Champion.

The closed beta currently features eight Champions but in the upcoming 0.8 patch a new Champion will be joining the roster, Evie, The Winter Witch.

Evie is described as the “frigid queen of misdirection and hit and run tactics”. Evie sports an ice staff which has an icy explosive blast and one of her abilities can spawn an illusion of herself which fires at her enemies,. Her second ability is Blink which teleports her a short distance and her final ability is Soar where she mounts the staff and flies. She’s going to be tough to take on.

The 0.8 patch update also brings some major changes to the scoring system, and they are going to be getting tougher on players who abandon matches. Players who do not actively participate in a match “will be booted”. This is a welcome addition because being one player down kills your chances of a win.

Watch the video for all the action and more details on the changes. You can also find out more and take part in the beta by heading to the official website.

We’ve been playing a lot this week so watch out for our PC Invasion plays video and preview which will be appearing shortly.