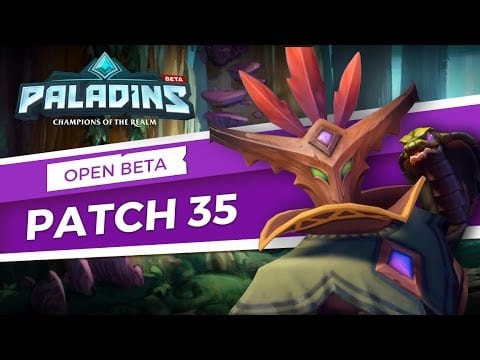 This new addition to the Paladins roster loves to through cobras and can also heal allies over time. His Q skills is an AOE heels for allies while at the same time gives damage to enemies. His ultimate is a giant snake which fears all enemy Champions for 2s and causes them to take 20% additional damage from all sources for the duration.

A new tutorial mode has been added to the game and the payload game mode has received some tweaks.

Addional changes to champion balance can be found in the full patch notes.