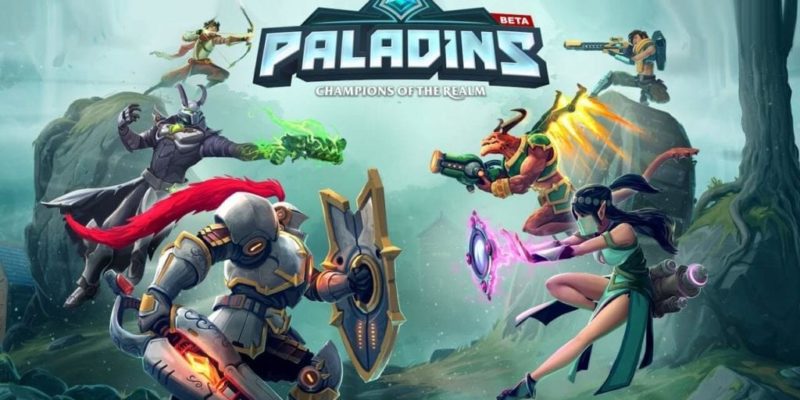 Paladins has been doing rather well and the latest OB64 patch has just launched but not everyone is impressed with the changes.

The card system has been given a complete overhaul and Essence has been removed with Essence being refunded to players as gold. The card system has also been changed to a level-up system based on duplicate cards dished out by an RNG system. Cards start at level 1 and max out at level 5. Cards can only be leveled up if a duplicate card has been awarded to the player. On top of that, all cards are now free (basic and Legendary) and instantly available to anyone including new players. Players who have already acquired the cards will start leveling up their cards from level 3.

The Casual Mode has now also been replaced with a Quick Play Mode and there are no card point limit restrictions which causes the problem of making this mode completely unbalanced. New players with low-level cards will end up playing against players with higher level cards This could drive more players into the Competitive mode whether they like it or not. In Competitive mode all cards are now set at level 3 to try and make it more balanced.

What is concerning Paladins players is that the game now feels like it’s becoming more pay to win, which was acknowledged by Hi-Rez in their update where they said, “This is a major change that may be controversial, particularly given some recent questionable moves by full-price games.”

So why the change? Hi-Rez added, “We’re moving forward with this system because we believe it will make the game better for all of our players. We want to serve our players, and we’re confident that we can best do that with a more wide-open and fun QuickPlay mode, and a Ranked mode that is only affected by player skill.”

So the upshot of the changes is that players, especially new players,  will have to grind to find the duplicate cards in chests to rank them up. This system could be changed based on feedback during the test and based on what we have seen Hi_rez may need to revisit the system again.

The video below goes over the card changes at about 40 minutes in.

NuclearSharkHead also sums up the changes well in this video highlighting the problems they are likely to cause.