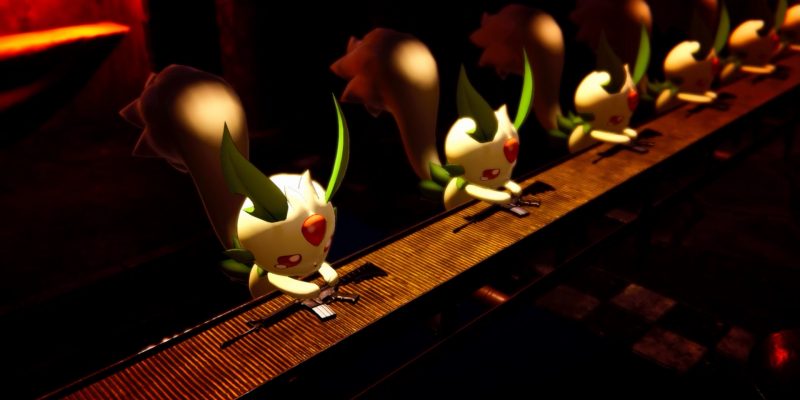 It should come as no surprise to find out that Pokemon is one of the most successful video game franchises of all time. However, for all of its strengths, Nintendo’s hit JRPG is a children’s game. It doesn’t tackle difficult topics or showcase many real-world problems. A new trailer for a Pokemon-inspired game called Palworld might just offer something to fill that gap in the market.

Palworld is an upcoming multiplayer open-world survival game. Its gameplay offers a mix between Pokemon and an action third-person shooter. What differentiates it most though from Pokemon are the dark themes lying deep within. Unlike Pokemon, this is anything but a game about friendship.

A mature take on Pokemon

The Palworld trailer makes it clear that several mature themes will play a key role in its gameplay. Amongst these are guns, slavery, and poaching. As a survival game with food shortages and harsh weather, getting by can be tough. So tough in fact that you may find yourself having to kill a wild Pal and feast upon it.

It’s not just surviving on the road that can be difficult. Every trainer needs a nice home to come back to. In Palworld‘s case, you can employ your pals to build structures for you to speed up the process. They might be happy about it, but then again they might not.

Becoming self-sustaining is an imperative tool to surviving this cruel world. You can set up a farm or even a gun factory production line and put your Pals to work. As long as they are fed appropriately they will continue to work until the end of their life. Different Pals are good at different things. Some can sow and some can water crops, whilst others exist for harvesting resources.

Not to depart too far from its Pokemon roots, the Palworld trailer does hint at some more traditional mechanics. Players will be able to breed different Pals together to produce mixed heritage offspring. Effective breeding will be required in order to raise the strongest Pals possible. If you’re interested then be sure to wishlist Palworld on Steam. It is set for a 2022 release date although when it will launch next year is currently unknown.