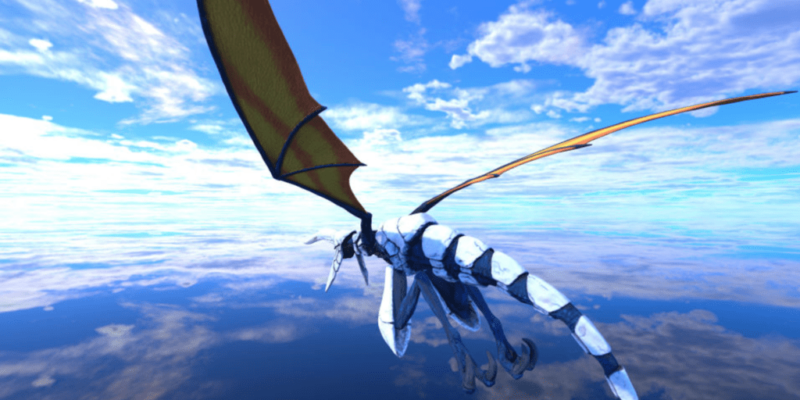 For those yearning for an on-rails shooter that just so happens on the back on a dragon, the Panzer Dragoon series has always been the answer. Since the release of that first Sega Saturn game back in 1995, the franchise has spawned several sequels and spin-offs. Sega is currently working on remakes of the first two entries, with the first game heading to Google Stadia as a timed exclusive. However, fans can look forward to more, as Panzer Dragoon Voyage Record will now bring the series into the realm of virtual reality.

Coming out of nowhere, this new single-player experience will span several stages and episodes from the original Saturn trilogy. That would mean a return to Panzer Dragoon, Panzer Dragoon II Zwei, and Panzer Dragoon Saga.

As in most VR games, all the action will take place in first-person. It will be developed by Japanese team Wildman, which has previously created a similar game called The Gunner of Dragoon. While technically not part of the franchise, it definitely comes close. The studio even developed a “content-linked rodeo machine” to mimic what goes on in the game.

That inspired creation must have caught the eye of the powers-that-be at Sega, and it even won some awards along the way. That surely made it easier for Sega to grant Wildman both the official license for Panzer Dragoon and their blessings.

No release date beyond the 2020 fiscal year has been revealed for Panzer Dragoon Voyage Record, nor have its supported platforms. According to Sega, this new experience will be a “dramatic” VR shooter and will feature “graphics…optimized for VR headsets” as well as a “new input method” that will make players feel like they are using a dragon rider’s handgun.

However, series creator Yukio Futatsugi will not be involved in the project, as he confirmed on Twitter.

For now, we can only wait to hear more about this new Panzer Dragoon title. Hopefully, it won’t take Sega and Wildman too long to provide more details.

By A.K Rahming27 mins ago
News

By Steven Wong42 mins ago
News