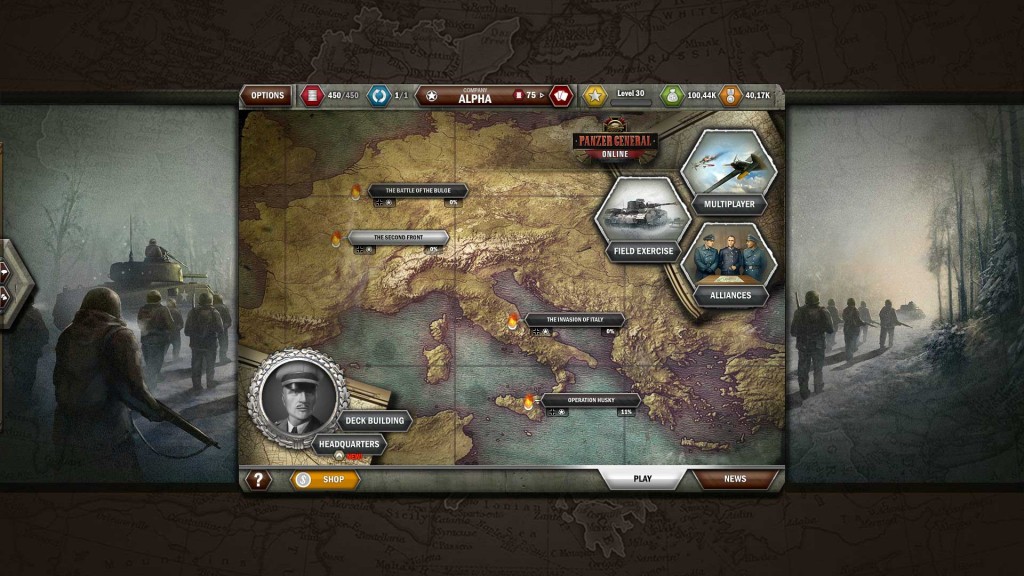 The closed beta phase for UbiSoft’s Panzer General Online has now launched and you can pick up a beta key from us to get playing right away.

Thanks to its new free-to-play model Panzer General Online will be available for all players willing to experience historical inspired battles from World War II. Directly playable from their browser with no download required, the game is making its first step in the Digital’s game world.

In both single-player and multiplayer modes, users are taking control of an army made of legendary units like Tiger Tank or Nebelwerfer rocket Launcher. The single-player campaign allows them to take part in historically-inspired battles such as Monte Casino or the Battles of the Bulge. In the multiplayer mode, players will be able to challenge each other and discover which one is the finest strategist and has the best War’s skills. Panzer General Online also incorporates a trading card system: during their playing experience, users can collect and trade virtual miniatures of tanks, infantry and artillery to create their own personalized army. They can also compose a strong deck of command cards which let them call devastating air strikes and order tactical manoeuvres that can turn the tide of battle.

Bundle Stars wants to sell you eight games for cheap