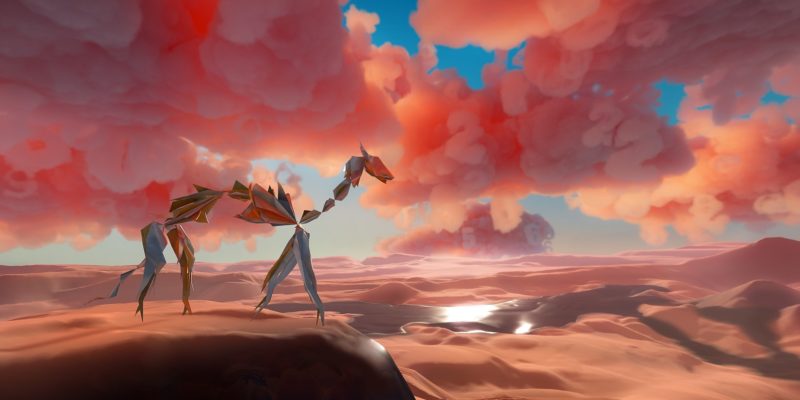 Gamers that love to let their creativity run wild will soon be able to do so, quite literally. The new trailer for Paper Beast has confirmed the VR title is coming to Steam this summer.

Paper Beast is an eccentric but inspiring VR game that allows players to create and manipulate the world around them. The game takes place in an odd wasteland, full of origami-shaped beasts of various species. Most of them are recognizable, but others are a bit odd. The same goes for the plant species and strange items that stand out as well.

At its core, Paper Beast could be described as a puzzle-solving adventure, but it’s genuinely more than that. The game places an artistic emphasis on observing the world in its natural state. It’s like nature watching, but in a different dimension. Everything is wonderful in its natural state, and that’s the catch. Players must consider how various organisms can help them achieve their own goals. 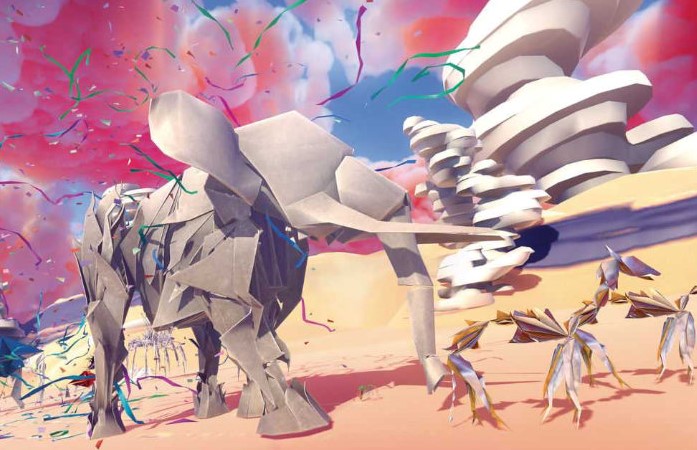 It’s not just you; the clouds are definitely shaped liked numbers and letters.

The PC VR version of Paper Beast will make some important improvements over the original PSVR version. Obviously, there will be much more control over various settings, but there will be added hardware support too. Pixel Reef has confirmed that Valve Index, HTC Vive, and Oculus Rift will all be supported.

Pixel Reef will launch a demo for Paper Beast on Steam as part of the Summer Game Fest. Steam pricing for Paper Beast is still not available, but it’s currently going for $30 on the PlayStation Store.