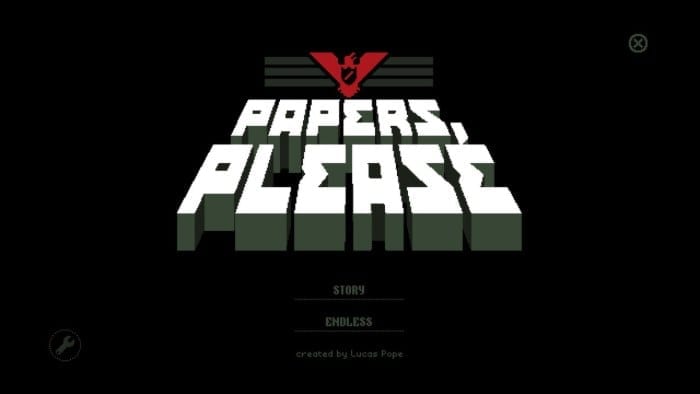 Lucas Pope, the developer of the hugely popular and morally complex game Papers, Please has revealed that he would like to see the game released on the Vita, but that he isn’t sure who should be in charge of the development duties.

Whilst speaking to VG247, Pope said that he couldn’t decide on whether he should do it himself or hand the game over to another developer. Pope is the only person to have had control over the source codes and assets so he will have to decide if he wants to hand the project over.

“Up until now, I’ve been the only guy who’s ever touched the source code or anything related to the game. And that’s just kind of a control issue,” said Pope. He continued: “A lot of people offered to just, ’send me over the assets and codes and I’ll kick out all your localised versions, you’ll be set’, but I wanted to do it myself because it was a little bit fun and because I’m a control freak.”

“For a Vita version, I’m 50 percent I want to do it myself and 50 percent I should just hand it off to somebody who knows what they’re doing and can take it over for me.”

He noted the challenges of porting it over to the Vita saying: “The thing is there’s a lot of kind of interesting UI challenges to make it work well on Vita: much smaller screen, much smaller hit targets. So that kind of stuff interests me to try to figure out how to make it work well on Vita. So that’s the part of me that wants to be really involved in the port, but the other part is like, ’I got to do something else, I got to move onto something else’ so I haven’t really decided what to do there.”

For now Papers, Please is only available on PC but it seems like it will be heading to the VIta at some point in the future. Maybe one day it’ll even be on the PS4 and Xbox One?

Deus Ex: The Fall appears to be bound for PC