If you’ve played a game in the last decade or so where the majority of your time was spent staring at a large map and plotting devious things, chances are that game was made by Paradox Development Studio. Previously part of the umbrella of ‘Paradox Interactive,’ the studio became a separate entity in 2012, just prior to the release of the world’s finest medieval soap opera simulator Crusader Kings II.

With the success of Europa Universalis IV following hot on Crusader Kings II’s heels, Paradox Development Studio have brought grand strategy gaming to a wider audience than ever before. IncGamers sent over some questions to studio manager Johan Andersson to find out how this breakthrough was achieved, how long-time fans have taken to the changes and what the future holds for accessible-yet-complex grand strategy gaming.

IncGamers: Let’s start with some formalities. Who’s answering these questions, and what is your role (or roles!) at Paradox Development Studio?

Johan Andersson: Johan Andersson, studio manager at Paradox Development Studio and the creative force behind the studio games since 1998.

IG: What some may not realize is that Paradox Development Studio (the game development studio) became its own separate entity from Paradox Interactive (the game publisher) in January 2012. Why was that decision taken?

JA: For years, it’s been assumed that a Paradox game is a sandbox strategy game that gives the player freedom to take their own choices. A game with high replayability, both single-player and multiplayer and one that is completely moddable – things that we appreciate in games ourselves.

When our publisher Paradox Interactive began exploring other genres, it came as a natural step to separate our studio from the publishing company. Because we at Paradox Development Studio really didn’t want to lose the identity of the games we create. Gamers know what they get when they play a game created by us and we are truly proud of our strategy games.

So we officially became a separate game development studio in January 2012, before Crusader Kings II released – even if we had been working as a separate studio for a long time. The decision was also a way to make sure that we neither stole the glory nor took the fall for games developed by other studios. We are, of course, still working very closely with our publisher Paradox Interactive; but we wanted to make sure gamers know that we at Paradox Development Studio create strategy games and that strategy is our game.

If ‘strategy’ was an element, it’d probably look like this under a microscope.

IG: Funnily enough, that split coincided with the release of probably your most popular game, Crusader Kings II. Why do you think that title was such a breakthrough hit, and did its success surprise you after so many years of developing grand strategy games?

JA: I’d definitely say that it opened the eyes of people that hadn’t played grand strategy games before. I believe there were three key things that made Crusader Kings II into the success it is and opened up our games for a lot of new players.

The fact that it was a strategy/RPG did attract a lot of new gamers, due to the intricate web of intrigues and backstabbing. It was also lot easier to get into for new gamers compared to our previous titles thanks to interface changes and the tutorial. And last, but not least, I think the fact that it was character driven and family centered meant you got more immersed and emotionally invested in what was happening and it increased the storytelling around our games immensely. Which was a bit of a surprise, honestly, because our gamers have been writing about their playthroughs since we began making games – because of the open sandbox worlds and the myriad of choices you can make.

What our character-driven Crusader Kings II did was make it easy for newcomers to tell vivid, dramatic stories to people that were actually not playing the game and share the medieval soap-opera mayhem it offered.

We definitely hoped the game would catch the eyes of more players, since it is such a intrigue-based and character driven game, and we did emphasize the RPG aspects a lot when talking about the game. Our hope was that the characters would be easier for gamers to identify with. But we also really took the time to polish the game, work on a tutorial and tweak and balance it further than we had done with earlier titles.

Crusader Kings II was able to meet Europa Universalis IV thanks to the saved game import tool (the result was maps.)

However Europa Universalis IV has been an even more major hit for us. Gamers and reviewers alike seem to love it, which we are incredibly happy about!

I think that Europa Universalis IV has fulfilled our gamer’s expectations while at the same time it managed to attract a lot of new players that already loved empire building games but wanted more. It also encouraged many of the gamers that loved Crusader Kings II to take the bold step of playing a country instead of a dynasty, since Europa Universalis IV is a stage for all sorts of savage political drama with its alliances and betrayal and choices. You attack your neighbors, alliances gets broken, you get an incompetent ruler and need to find a creative way to handle his/hers strength and weaknesses while keeping your territory hungry opponents at bay.

I think that many gamers have started to realize what we feel is the magic with sandbox strategy games. That they can jump right into history, try things out and see what happens. Do whatever they want, however they want – since they decide their own goals. That they don’t need to know everything to have fun and start playing our games.

IG: From my position as a reviewer it seemed like more sites were willing to give Crusader Kings II a ‘fair shot’ all of a sudden; where before they may not have been so keen to engage with such a in-depth PC game. Did you get a similar feeling, and (if so) do you have any explanation for that change in attitude?

JA: Definitely, and a few wild guesses would be: Thanks to Game of Thrones? Thanks to the role-playing aspects? Crusader Kings II was easier to grasp compared to our previous games since you are playing a character and not a country. It had a more immediate involvement, so even gamers that were completely new to our strategy games and didn’t know all the features could start off by marrying a king or a queen, hire an advisor, spy on suspicious relatives or send off their kid brother to a dungeon because he was a pain in the ass. Then slowly they expand their kingdom, start creating a dynasty and learn all the tools of the game.

So I think that it made gamers, as well as reviewers, take a leap of faith and try it out. And I believe Crusader Kings II managed to show that strategy is more than what meets the eye at a first glance of a screenshot – that the gamers who entered the world found a majestic feudal sandbox, a medieval soap opera filled with bed-hopping, sibling-slaughtering characters who each want to kill you in gruesome ways.

IG: Crusader Kings II also launched in a pretty stable, polished state, while games like Hearts of Iron III and Victoria II had a fair few problems early on. Has there been a conscious effort to dedicate more resources to QA, bug-fixing and the like since 2012?

JA: Absolutely conscious effort! We spent a ton of more time on the game and on the tutorial and we set up the development so that we could have the game more feature complete than before and therefore could be more polished, stable and balanced.

Then why did we not do this before, you might ask? Well, we at Paradox Development Studio have always been completely self-funded, which basically means that we stand on the success of previous game when creating new games in the future. The earlier games were rough at release partly because of financial reasons.

However, we are very grateful that our fans also have been patient. They know, because we have proved this to them repeatedly, that we keep updating and supporting our games for years to come and that we add gameplay features in patches. 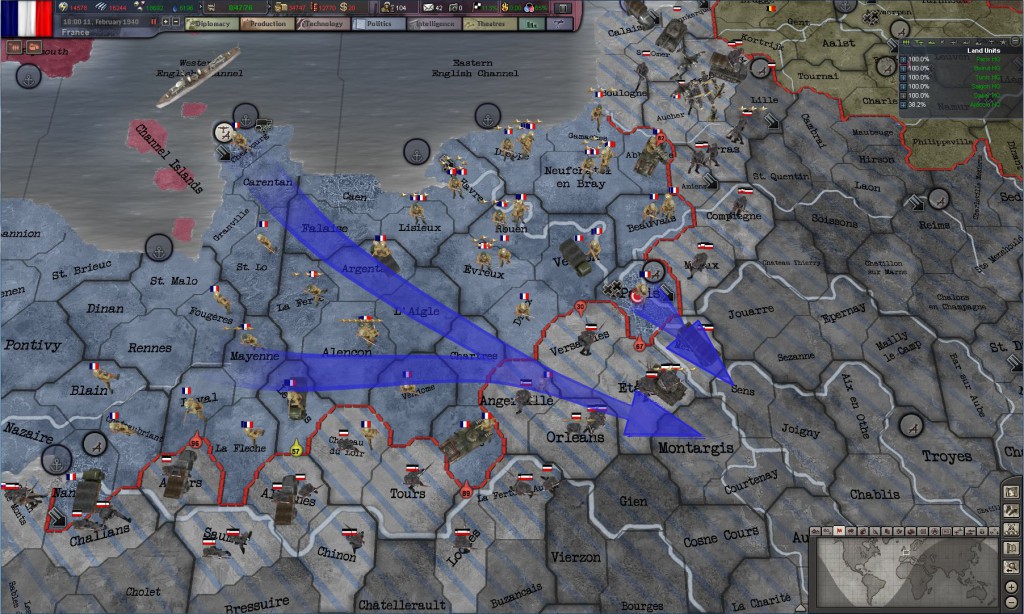 By the time of this expansion it was better, but the Hearts of Iron III launch was probably not the studio’s “finest hour.”

Our gamers believed in us and supported us even through rough launches, because they knew we would come through and that the games even when rough at launch, would improve over time. So it is thanks to our fans that we’ve now got the means to take our time with Crusader Kings II and Europa Universalis IV.

By Kevin Carignan4 days ago
Interviews

Interview: Getting serious with Croteam’s Davor Hunski on Serious Sam 4